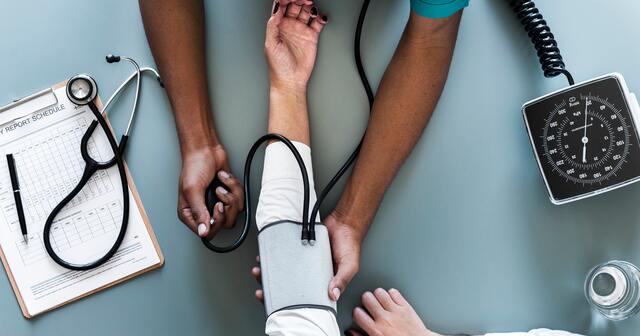 In Memory of Stan Brock

Founder of Remote Area Medical passes away in 2018

Stan Brock was an Englishman and an outdoorsman who was most well-known for starring on “Wild Kingdom,” the documentary television series that ran for decades in the United States.

Brock passed away earlier this year. While the 1980s show put him in the public spotlight, it’s what he did over the past few decades that should go down as his legacy.

In 1985, Brock stepped away from television to become a philanthropist and founded Remote Area Medical. For 33 years, he took no vacations and no salary and dedicated the rest of his life to providing medical care to people who had less than he did.

In 2009, a magazine noted, “Today, Brock has no money, no income, and no bank account. He spends 365 days a year at the charity events, sleeping on a small rolled-up mat on the floor and living on a diet made up entirely of porridge and fresh fruit. In some quarters, he has been described, without too much exaggeration, as a living saint.”

RAM’s model is simple: It uses volunteer medical providers — doctors, nurses, dentists, opticians and veterinarians — to provide free treatment to whoever wants it, for people and animals. The group sets up temporary clinics all over the country.

Two years ago, I had the opportunity to meet Brock while volunteering at a RAM clinic in Florida. I helped serve food, sign in patients, direct people to where they needed to go, pick up trash and whatever else I could so that the professionals could do their job.

I volunteered in Florida because RAM doesn’t operate in Michigan. I wrote about why in 2016:

The clinics currently operate in a handful of states but RAM’s organizers want to expand its reach to other areas, including Detroit.

Founder Stan Brock said it’s often not a lack of manpower or funds keeping RAM out of new states, but regulatory hurdles.

In many states, including Michigan, it is illegal for people in certain occupations to work without being licensed by the state. If RAM wants to provide free dental, vision and medical services in Detroit, the obstacles are high. Michigan law makes it a felony for unlicensed practitioners to provide care in this state with few exceptions. This is true even if a person is licensed somewhere else and wants to provide the service for free.

“We would love to do a clinic in Detroit,” [RAM CEO Jeff] Eastman said. “But it’s a big struggle.”

Detroit is an area with many needs. The city has one of the lowest insurance rates in the nation and even those who receive care are often limited by what federal insurance allows or where it is accepted.

Other states offer up a model for Michigan.

“The states where it is most successful are the ones where the nonprofit is responsible for checking the licensing,” Eastman said.

Tennessee, for example, passed a law that allows for medical professionals to provide free services as long as they are licensed somewhere. That makes it easy for groups like RAM to hold clinics and get enough volunteers. Even if a dentist who wants to help informs them just a few days ahead of time, the group can check the license through a national database. It’s no surprise that RAM’s clinics are concentrated in just a few states — those in which it is easy, and legal, to operate.

Brock, who founded RAM in the 1980s, said Tennessee changed its law in the 1990s. For the clinics there, more than half of the medical providers are from out of state.

“They pay their own way,” Brock said. “They get nothing from us or the government.”

This would be impossible in Michigan. Detroit borders Canada and is near Ohio but if doctors or dentists wanted to make the short drive to help in the Motor City, state law would prevent it.

A bill was introduced in 2017 that would have allowed medical professionals to cross state lines and volunteer in Michigan, but it died in committee. This is a no-brainer piece of legislation and taking it up in 2019 would make a good memorial for a true hero, Stan Brock.