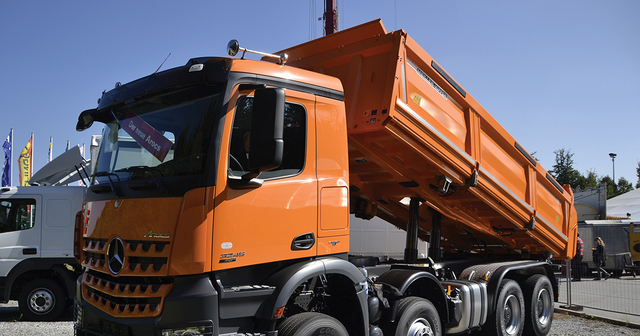 How Much to Tax is Different From How to Spend

Trash tax a lesson in priorities and revenue

Gov. Rick Snyder’s top priority in 2018 was to raise the trash tax to spend more on environmental programs. Legislators did not give him the tax he wanted, but they agreed to find money in the budget to pay for the requested spending. This is how state financing is supposed to work: Taxes are about how much revenue the state will have available to spend; budgets determine spending priorities.

The trash tax was a fee assessed on people who dump solid waste into landfills. The proposed increase would be a tax — not a fee — because it would generate more money than it costs to regulate landfills. Indeed, that was the point of the governor’s proposal: The extra revenue was intended to go to other priorities, such as cleanup projects, water projects and brownfield redevelopment.

Taxes are about how much revenue the state will have available to spend; budgets determine spending priorities.

Taxes tend to discourage the thing they tax. Tax beer sales and you discourage people from buying beer. So if policymakers want less trash in landfills, they can tax people for using them. While policymakers may want to discourage landfill use, this was not the driver for the proposed increase in trash taxes; a desire for more spending was.

Disposing of garbage is a necessity for normal households, and throwing things away would still be a good deal even with a higher trash tax. The increased tax might not have discouraged much waste; the tax would work instead to simply transfer resources from private households and businesses to Lansing.

There are other stakeholders involved. Local governments may not appreciate the tax increase, given that they can both own landfills and collect and dispose of waste. They frequently complain about their financial situation, and a tax on them increases their costs.

But some interests wanted the extra spending on environmental programs. Environmental advocates, conservation groups, and others have garnered popular support for the environment and have made spending on it a priority.

Those environmental groups are joined by other spending interests. There are constant demands from school officials, hospital administrators and other recipients of taxpayer dollars to spend more from the public purse on their own interests.

Spending appeals sometimes unite around a plan for more taxes and dedicated spending. For example, Proposal 1 of 2015 called for higher sales and fuel taxes to go to roads and schools. Michigan’s Sierra Club endorsed Proposal 1, even though it had little to do with the environment. It likely reasoned that Proposal 1 would generate new government revenue, some of which might be spent on environmental programs. Something similar occurred when health care interest groups endorsed the Southeast Michigan regional transit tax, even though it had no direct connection to public health.

Michigan receives $33.9 billion from its taxes, and lawmakers have an annual argument about where to spend those funds. The budget sets the priorities of our elected officials for the limited resources they receive. But special interests don’t have to compete over resources if they can convince legislators to set aside a dedicated revenue stream for their projects. Furthermore, winning one tax hike may make it easier to get another in the future. More money in the public purse, regardless of whether it’s dedicated or not, alleviates all spending pressures.

There is a conflict between finding the money in the budget and raising taxes. Spending interests unite around raising taxes, but this time, legislators resisted that pressure. Despite that fact, both of the primary stakeholders got what they wanted: Environmental groups got the spending they wanted and taxpayers stopped a tax hike.

There is always money in the budget for priorities that lawmakers rank highly. And what these spending priorities should be is a different and separate issue from whether to raise taxes.