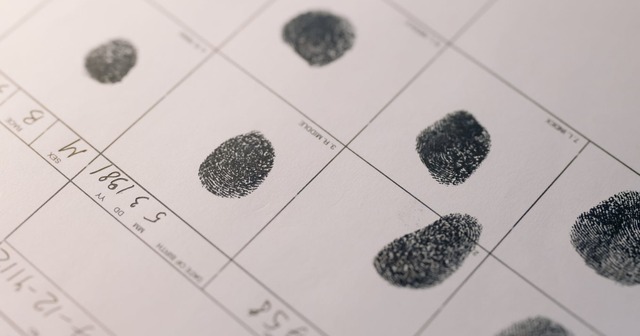 Editor's Note: This article first appeared in The Detroit News on September 18, 2021.

Keyon Harrison, an African American 16-year-old, was doing nothing wrong as he walked home from school on a spring day in Grand Rapids. But a police officer thought he looked “suspicious” — so the officer stopped Harrison, questioned, searched him and took his photograph and fingerprints.

Harrison was never arrested or charged with any crime. But his photograph and fingerprints now sit in a government database, along with thousands of others that Grand Rapids police have collected over the years under similar circumstances.

This is wrong. It’s also unconstitutional.

The Fourth Amendment to the United States Constitution protects us from “unreasonable searches and seizures.” It places the onus on the government to show that people have done something wrong — not on members of the public to prove that we are doing something right.

That is why attorneys from the ACLU are representing Harrison and another Black teen, Denishio Johnson, in a Michigan Supreme Court case challenging the Grand Rapids Police Department’s “photograph and print” policy. The Mackinac Center for Public Policy, in a brief co-authored by the Cato Institute, filed a brief supporting the effort.

The court should declare the “photograph and print” policy unconstitutional for reasons conservatives, liberals and everyone in between can get behind. Fingerprinting is a “search” under the Fourth Amendment because it involves the physical intrusion onto someone’s body in order to obtain personal information, and because it violates our reasonable expectation of privacy by collecting unique biometric identifiers.

And when police take someone’s fingerprints just because they think that the person looks suspicious, the search is “unreasonable” because it does not fall within a recognized exception to the Fourth Amendment’s bedrock requirement that police obtain a warrant.

From a historical perspective, too, it is very likely that forced fingerprinting, without a court’s approval, would have been considered an unreasonable search or seizure at the time the Fourth Amendment was enshrined in our Constitution. Backers of this practice, therefore, do not have the original meaning of the Fourth Amendment on their side.

Further, the “photograph and print” policy encourages racial profiling, undermining community trust. Stop-and-frisk tactics by police departments are notorious for their racial disparities and have been held unconstitutional by federal courts.

Early in this case, a review of several hundred incident reports found that 75% of the people stopped by the police and subjected to the “photograph and print” policy were Black, while just 15% were White. The overall racial makeup of Grand Rapids, by contrast, is 21% Black and 65% White.

Meanwhile, we should all be alarmed by the privacy implications of policies that allow the police, just by deeming someone suspicious, to deploy advanced technology that will collect and analyze highly sensitive biometric information and store it in a law enforcement database indefinitely. This case is about fingerprints, but soon we may be confronting iris scanners or even DNA harvesting.

Police have a tough job. But the first part of that job is respecting the constitutional rights of the people they serve. The Michigan Supreme Court should reaffirm these Fourth Amendment protections.