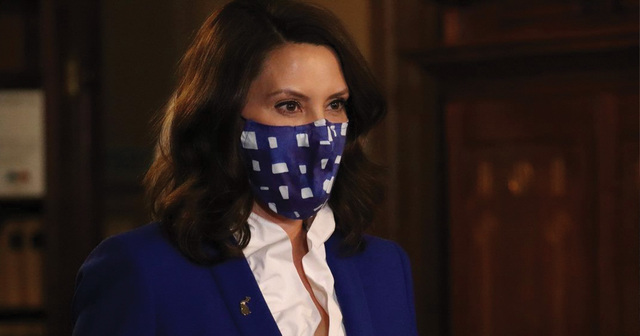 If there’s been any consistent theme to Gov. Gretchen Whitmer’s unilateral control of the state’s COVID-19 policies, it is that her decisions are all based strictly on science and data. At least that’s what the governor repeatedly claims. But some close scrutiny of these decisions shows that this was not always the case.

One could argue, in fact, that most of the governor’s pandemic policies were not supported by scientific evidence. For instance, the official pandemic plans Michigan had in place when COVID-19 hit did not recommend stay-at-home orders, prolonged school closures, shutting down “nonessential” businesses or broad mask mandates. Public health experts and state officials created those plans based on their understanding of the scientific evidence of how to best handle an influenza pandemic.

Official guidelines published by both the Centers for Disease Control and Prevention and the World Health Organization did not call for lockdowns. The reason is that there was insufficient scientific evidence for their effectiveness. Lockdowns were also known to create significant negative consequences. Whitmer was not alone in ignoring these pre-COVID scientific findings, as leaders worldwide did the same. She did set herself apart, however, with the particulars of her lockdown. For instance, she revised the initial lockdown order with a stricter one that required stores to close certain sections, such as paint, flooring, furniture and gardening supplies. They had to remove products from shelves and could not advertise them, under penalty of law. It hardly needs saying that no scientific evidence supported this policy. The governor just made it up on the fly.

Other policies put in place at that time also had no supporting scientific evidence. The governor banned the use of motorized boats, but not rowboats, canoes or kayaks. She banned golfing but said it was safe to take a walk on a golf course. Later, she allowed golfing, but not with golf carts. The governor quickly reversed herself and permitted these activities again — not because new data said they were safe, but more likely due to the public outcry resulting from these obviously arbitrary decisions.

Whitmer also relied on anecdotes to justify her policies. She pointed to a single outbreak at an East Lansing restaurant to defend her decision to close indoor bar service on July 1 last year. This happened despite the state’s cumulative data showing that outbreaks at bars were less common than outbreaks in construction, manufacturing, and, of course, nursing homes. At the time, Michigan’s test positivity and death rates were at some of the lowest levels experienced throughout the pandemic.

At other times, public pressure clearly influenced the governor’s decisions. Last summer, she opposed letting kids play football, calling it “inherently risky.” But after nearby states opted to allow it, Michigan looked like it might be one of the few Midwestern states to prohibit the sport. Thousands attended a widely covered rally at the state Capitol in support of allowing football. The governor then suddenly announced that contact sports, including football, would be permitted, even though the state’s health department said it was still too dangerous and not recommended.

Virtually the same thing happened again this winter. Whitmer issued an order on Jan. 22 that prohibited contact sports until Feb. 21. Coaches, parents, players and school officials criticized the ban and rallied again at the Capitol. The governor abruptly issued a new order on Feb. 4 that allowed kids to play contact sports, starting Feb. 8.

When Whitmer did articulate a scientific rationale for certain decisions, she did so selectively. For example, when explaining why she was deviating from her “Vacc to Normal” plan announced just a few weeks earlier, the governor said it was necessary due to a change in the CDC’s recommendations. But just the previous month, she had wholly ignored a recommendation from the CDC to lock down a third time.

While the governor certainly consults with scientists and experts, it is clear that their advice is not the only factor she considers when making pandemic policy decisions. As any successful politician must, the governor pays attention to the impact that policies may have on her political reputation. One should expect all politicians, no matter their party, to generally do the same. Only through this lens can one make sense of the governor’s decisions which, at times, appeared inconsistent, arbitrary and even contradictory, at least when judging them under the light of science.