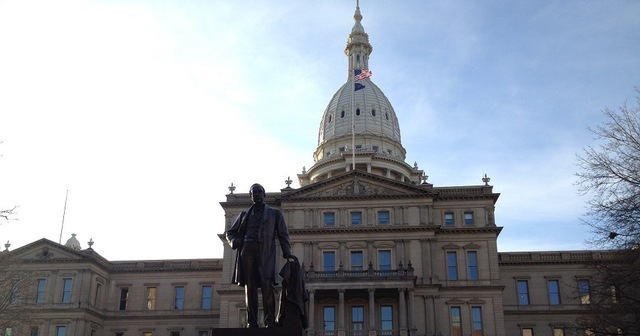 Font size:
House Concurrent Resolution 1, Disapprove executive order abolishing environmental regulation review panels: Passed 22 to 16 in the Senate
To disapprove Gov. Gretchen Whitmer's Executive Order No. 2019-02, which reorganizes and renames the state Department of Environmental Quality (henceforth the "Department of Environment, Great Lakes, and Energy"), creates several new bureaus within the department, and abolishes three other bureaus created by legislation enacted in 2018 and signed by former Gov. Rick Snyder.
The abolished entities are an environmental rules review committee tasked with assessing the reasonableness of new environmental regulations; an environmental permit appeal panel to review permit-related grievances from individuals and business; and an environmental science advisory board to advise the governor on environmental issues.
An executive order has the force of law unless it is disapproved within 60 days by a majority of those elected and serving in both the House and Senate. Both bodies have now done so, thereby halting the executive order.

To establish that property seized from a person because it may be associated with a suspected drug-related crime is not subject to “civil asset forfeiture” unless the individual is actually convicted or accepts a plea bargain. This would not apply to police seizures of property worth $50,000 or more. The bill also authorizes a process allowing individuals who have lower value property seized to just give it up, and revises procedural details for reimbursement claims by a person with an ownership interest in the seized property (for example the issuer of a vehicle loan).