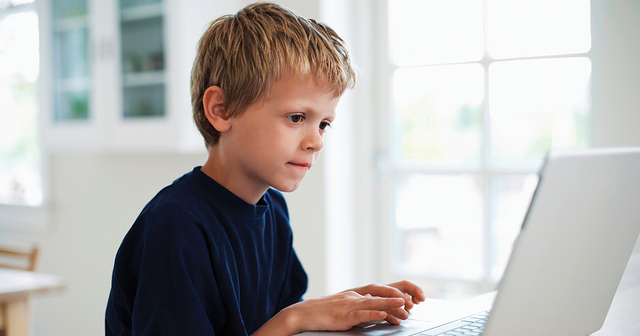 For some students, a cyber charter school is the best choice.
Publications / Viewpoints

In his 2017-18 budget, Gov. Rick Snyder has proposed reducing funding for certain types of public schools: cyber schools, which are charter schools that provide students with full-time online instruction.

Currently, all public charter schools receive the same minimum foundation allowance as most traditional districts: $7,511 per student. While all other districts and charters funded at that minimum level would receive a $100 increase in their foundation allowance, cyber school financing would drop to $6,089 per student, a 19 percent hit.

Even if cyber schools’ costs for facilities are less, they, unlike brick-and-mortar districts, have to pay for them out of their state revenue — the same revenue Snyder plans to cut.

Rep. Tim Kelly, who chairs the education reform and school aid committees in the Michigan House, criticized the governor’s proposal as unfair in The Detroit News: “We fund students, not schools. So Billy and Sally shouldn’t be dinged by the choice they make for what school they go to. Why is Billy worth less than Sally simply because of the choice of schools?”

The estimated cyber school spending reduction of $16 million is not the governor’s only pushback on a nontraditional educational choice. He also wants to significantly reduce funding to districts that offer “shared time” services for private school students or homeschool partnership programs — from $115 million this year to $60 million in 2018.

These cuts would be more than offset elsewhere in Snyder’s K-12 budget plan. The governor proposes an additional $150 million for current and newly designated at-risk students, along with an extra $22 million to boost funding for high schools.

While the relatively new mode of virtual learning may not prove a good fit for most students, some families have found online schooling to be a lifesaver. A 2012 state law raised the cap on cyber schools, but Michigan still limits the number of schools to 15 and the number of students served to 2 percent of all public school students statewide. Currently, 13 charter cyber schools operate in Michigan, four of which opened their doors in 2016.

The Detroit News’ Jonathan Oosting reported that cyber schools “are consistently underperforming their peers.” Yet on the Mackinac Center’s recent Public High School Context and Performance Report Card, which factors in student poverty rates when grading schools, five of the seven cyber schools serving high schoolers performed on level with most of their peers. One performed slightly below average but another, Michigan Connections Academy, did better than 90 percent of public high schools in the state and earned an A.

Cyber schools get these results with less money already. The foundation allowance provides a minimum guarantee, but schools have access to other sources of local, state and federal funding. In 2015-16, cyber schools on average spent $9,039 per student — less than 99 percent of conventional school districts and even less than most other charter schools. The state’s per pupil spending averaged $12,243 last year.

Critics say that these online education programs can absorb the cuts because they don’t have to fund student transportation, food service and certain infrastructure costs. Yet even when you factor those costs out, cyber schools still spend over $2,000 less per pupil than traditional district schools. Meanwhile, 68 percent of cyber school operational spending paid for teachers and other instructional costs, compared to 58 percent for all schools. So even if cyber schools spend less on brick-and-mortar costs, they appear to use those savings to fund teaching and learning. Isn’t that what taxpayers want?

If there’s evidence to support the governor’s view that the cyber-school funding disparity should be widened even further, he should bring it forward. Because Kelly is right about the current plan: It just treats students differently based on the choices they have made.