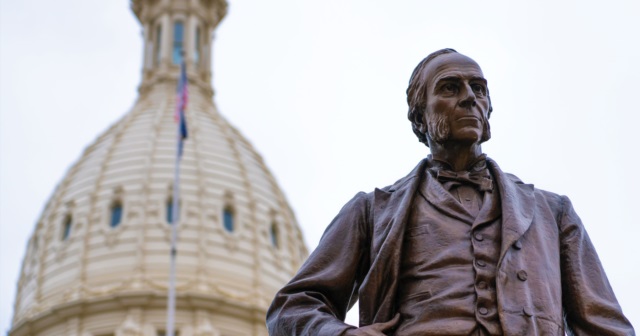 Gov. Whitmer Calls for Eight Government Expansions in ‘State of the State’ Address

MIDLAND, Mich. — Throughout tonight’s State of the State address, Gov. Gretchen Whitmer made it clear that she is prepared to take action. In the address, she proposed eight expansions and no government limitations. This is slightly higher than last year when six expansions were proposed. The Mackinac Center for Public Policy has tallied the expansions and limitations in the State of the State addresses for the previous five governors. The tally itself is not meant as a comment on whether these proposed changes are positive or negative.

Road funding was the main source of contention between the governor and the Legislature in 2019, and if the governor’s speech is any indication, that battle will continue in 2020. After the Legislature denied her $2.5 billion tax increase proposal, Gov. Whitmer’s next step is to take on road bonds. The governor admits that “these new projects will only address the worst of our most highly traveled state roads” and that long-term solutions are still needed.

“Gov. Whitmer claims that taking out bonds will save money over time, but that isn’t the case. Debt costs interest,” said Michael LaFaive, senior director of fiscal policy at the Mackinac Center. “The money we pay on interest each year could be going towards today’s road repairs, but instead we’re still trying to pay off $1.1 billion in transportation debts from over a decade ago.”

In her speech, Gov. Whitmer also focused on enshrining the Affordable Care Act, also known as Obamacare, in Michigan law. While emphasizing her support for Obamacare, the governor also noted that Michiganders across the state continue to go without health care due to lack of coverage or unaffordable plans.

“Doubling down on support for a failed scheme like the ACA by insisting that Michigan enshrine it into our own state laws demonstrates a lack of vision and commitment to solving very real and critical challenges,” said Lindsay Killen, vice president for strategic outreach and communications. “Instead, it's time that we solved these issues with solutions that get government out of the way, preserve a secure safety net for the most vulnerable, encourage innovation, drive down costs, increase access and quality and permit flexibility for Michigan patients.”

The following were the expansions proposed in the address:

You can view the tally of past number of expansions and limitations by gubernatorial administrations since 1969 here.