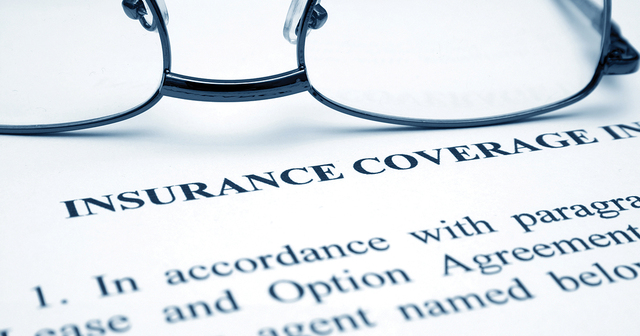 A new legislative session kicked off in January, and once again, there’s talk in Lansing about reforming auto insurance in Michigan. This is a perennial issue: Since 2001, legislators have introduced 340 bills about auto insurance regulations, according to MichiganVotes.org. But like drivers in the Indy 500, lawmakers keep going around in circles without getting anywhere. This pattern needs to stop and policymakers should fix the problem.

The interest in reforming auto insurance stems from a well-known fact: Michiganders have the regrettable privilege of paying some of the highest premiums in the country. According to research from the National Association of Insurance Commissioners, the average annual premium in Michigan was $1,351 in 2014, second only to New Jersey and Louisiana and 37 percent more than the national average.

Michigan drivers pay a hefty premium for no-fault protection but don’t really benefit from it.

Bad drivers aren’t to blame for Michigan’s abnormally high auto insurance premiums. After all, Michiganders can navigate the most miserable conditions, thanks to our winter wonderland. When a snowflake falls in Atlanta, on the other hand, there are ditches full of cars and highways are backed up for miles.

What is to blame, however, are Michigan’s unique auto insurance laws. The state’s no-fault approach is similar to that of just 11 other states, and no other state forces all drivers to buy unlimited personal injury protection.

Michigan’s current auto insurance system was created in 1973, and a solid case can be made that it has been, by and large, a failed experiment. For instance, the no-fault system — which gives insurance benefits to anyone injured in an auto accident regardless of who was to blame — was meant to reduce litigation. Since the law guarantees insurance benefits for all accident victims, the theory goes, there should be fewer lawsuits, reducing costs for both insurance companies and the courts.

That’s not what’s happened in practice. Michigan still allows an accident victim to sue an at-fault driver if a certain threshold for injuries is met. The Michigan Supreme Court has interpreted the law in a way that lowers this threshold — effectively undoing what no-fault set out to achieve. The result is that Michigan drivers pay a hefty premium for no-fault protection but don’t really benefit from it. Not surprisingly, Michigan ranks as one of the most litigious states in the nation, according to the Pacific Research Institute.

The failed no-fault system is only half the problem. Requiring insurers to provide unlimited PIP is even more problematic. It’s easy to figure out how this approach contributes to astronomical insurance premiums, why it’s rife with abuse and why no other state uses it.

With no limit on what insurers must cover, anyone injured in an auto accident can seek and “afford” the most expensive treatment possible. What’s worse: While private insurance, Medicare and Medicaid have fee schedules that limit what medical providers can charge, there are no schedules for what they can charge for services they provide to accident victims. That’s why it’s common for hospitals to charge auto insurers significantly more than they charge medical insurers or Medicaid and Medicare for exactly the same service.

The generous benefits available through Michigan’s unlimited PIP system, as might be expected, attract those who see an opportunity for profit. For instance, unlimited PIP covers paying a caregiver to serve accident victims in their own homes. There are very few limitations on who can provide this care and, again, there is no fee schedule. As a result, family members of accident victims can and do bill auto insurers for 24 hours of care each day at hourly rates as high as $30. That works out to be a nice six-figure salary. While it is unlikely that this is the norm for those providing home-based care, the opportunity for abuse is clear.

Considering these problems with Michigan’s auto insurance system, one might wonder why nothing has changed. After all, each lawmaker has thousands of constituents who are harmed by these steep premiums. The answer to this riddle is what economists call “concentrated benefits and diffuse costs.” The status quo provides concentrated benefits to medical providers, attorneys and accident victims, and they will spend significant resources lobbying the Legislature to protect these benefits. The costs, meanwhile, are diffuse, paid by drivers all across the state. Diverse and unorganized, drivers’ voices are easily drowned out by the loud, coordinated and well-funded voices of those who defend the status quo.

It’s time to admit that our no-fault auto insurance system has largely failed. As a result of court rulings, it has strayed from its original purpose and its promised benefits have not materialized. For the sake of Michigan drivers, policymakersneed to overhaul it and make our state competitive again.