On March 29, 2016 Supreme Court issued a 4-4 ruling in Friedrichs v. California Teachers Association. The split decision allows the 9th Circuit ruling to stand but does not establish a precedent for anywhere else in the country. A full court with a new Justice may rule in favor of the First Amendment rights of public employees. The Friedrichs attorneys are petitioning for the case to be reheard when there are nine Justices, another case could also be brought before a new court defending public employees freedom of speech and association. 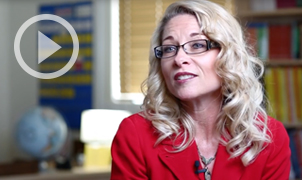 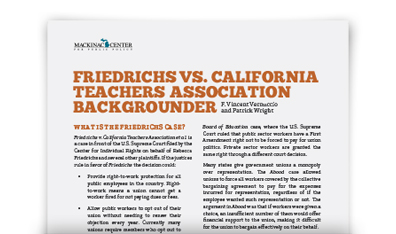 WHAT IS THE FRIEDRICHS CASE?

Friedrichs v. California Teachers Association et al. is a case in front of the U.S. Supreme Court filed by the Center for Individual Rights on behalf of Rebecca Friedrichs and several other plaintiffs. If the justices rule in favor of Friedrichs the decision could:

All workers, whether they are in a right-to-work state or not, have the right to leave their union.

In non-right-to-work states, however, employees can only opt out of paying the portion of their dues that go directly to support political causes or candidates. They still must pay the vast majority of their dues in what are known as agency fees.

Rebecca Friedrichs and her fellow plaintiffs argue collective bargaining in the public sector is inherently political, and government unions devote more resources to their political agenda than just the small portion of dues which are exempt from agency fees. Because of the political nature of collective bargaining, workers have a First Amendment right to not pay any dues or fees to a union.

CIR’s website on the case explains, “Whether the union is negotiating for specific class sizes or pressing a local government to spend tax dollars on teacher pensions rather than on building parks, the union’s negotiating positions embody political choices that are often controversial.” Therefore, the plaintiffs say that by being forced to fund collective bargaining, they are being forced to fund political activity they might not necessarily agree with.

IMPACT OF A FAVORABLE RULING IN THE CASE

Further, Mackinac Center research provided to the Supreme Court in two amicus briefs (available here and here) has shown that in right-to-work states, only about 20 percent of unionized workers exercise these rights, meaning that unions in these states still have the financial support of about 80 percent of workers on average.

For more information on the Friedrichs case, read a backgrounder or watch a video summary.

NEW Friedrichs Case Petitioners: For Want of a Justice

Karen Cuen has more than a casual interest in Friedrichs v. California Teachers Association, which was argued before the U.S. Supreme Court in January. ... more

Are workers safer when they’re forced to pay union fees in order to have a job? ... more

Establishing a right-to-work law, by which employees in unionized workplaces can opt out of paying union fees without being fired, has become a familiar topic in state legislatures in recent years. ... more

After the appointment of a Republican to fill a vacancy in the state Senate, West Virginia looks increasingly likely to become the 26th right-to-work state. ... more

Opponents of right-to-work insist the policy causes wages to plunge, but federal data suggest the opposite is true. ... more

A labor union campaign against making West Virginia a right-to-work state is centered on scare tactics voters in Michigan would recognize. ... more

Thousands of union members crowded the West Virginia Capitol Wednesday night to protest right-to-work and other items on the Legislature’s agenda. ... more

A group of California teachers fighting mandatory union fees at the U.S. Supreme Court had, by all appearances, a good day Monday. ... more

The U.S. Supreme Court hears oral arguments today on a case that could end mandatory union dues and fees for public sector workers, which are currently required in about half the states in the country. ... more

Union officials haven’t found a very receptive audience for their warnings of a doomsday scenario in a legal case about making teachers pay dues in order to keep their jobs. ... more

In what could serve as a vindication for Gov. Bruce Rauner, the U.S. Supreme Court on June 30 announced it will take a case that could potentially grant Right to Work ... more

The end of June is always an interesting time at the United States Supreme Court. It is usually when the court announces decisions in its most important and controversial cases. This year was no exception, as the ... more

In California, workers represented by a union can choose not to be a full member of that union, but they are still forced to pay a fee to the union or risk being fired. That could change next year, if a group of ... more 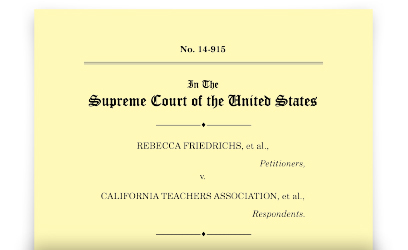 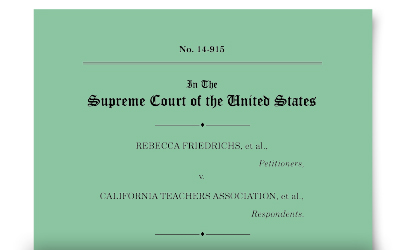 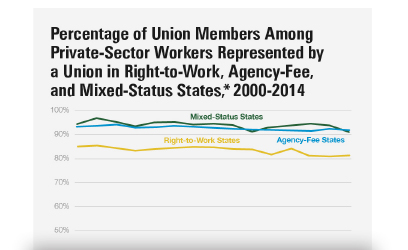