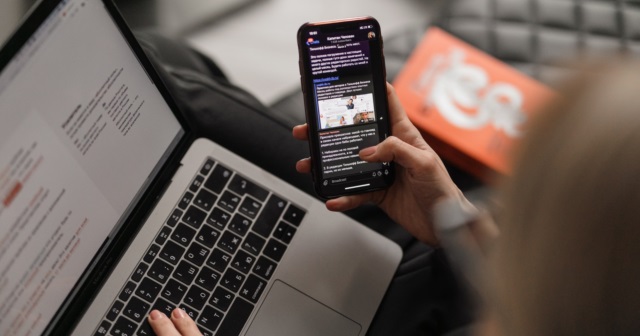 Senate Joint Resolution G: Protect "electronic data and communications" from unreasonable search and seizure: Passed 38 to 0 in the Senate

To place before voters in the next general election a constitutional amendment to add “electronic data and communications” to the Article I provision that recognizes the right of the people to be secure from unreasonable government searches and seizures of their “person, houses, papers, and possessions." The constitution states that no warrant to search or seize any person, place or things may be issued without describing them, or without probable cause, supported by oath or affirmation.

Senate Bill 942: Allow bars and restaurant to serve alcohol in ‘commons area’: Passed 37 to 1 in the Senate

To allow “on-premises licensees” (restaurants with liquor licenses and bars that serve food) to sell drinks to go, for pickup or delivery; allow establishments that already was permitted to sell drinks on a patio or outside area to expand this service in 2020 only. The bill would also give these establishments a 30 percent discount off the usual price they pay for "spiritous liquor," which under Michigan's extensive "liguor control" regulatory regime is all wholesaled by the state at fixed prices.

To authorize county absent voter counting boards that cities, townships and counties may form together, and delegate the absentee ballot counting process to these boards. This would not be allowed to be used for the first time in a county during the November 2020 general election.

House Bill 5416: Revise restrictions on “telemedicine” services: Passed 38 to 0 in the Senate

To permit Medicaid and other social welfare medical assistance programs to reimburse providers for some telemedicine services if the recipient is in an “in-home or in-school setting” at the time the service being furnished, or other sites allowed by the rules or the service provider. Other bills in this package make the same or similar changes for private health insurance.

House Bill 5137: Increase heroin and fentanyl penalties: Passed 107 to 1 in the House

To authorize sentences of life in prison for delivering, manufacturing, or possessing with intent to deliver more than 1,000 grams of heroin or fentanyl, and penalties starting at 20 years and up for amounts starting at 50 grams. Maximum penalties for less than 50 grams would be lowered from 20 years to 10 years; and penalties on offenses related to other narcotics or cocaine would be slightly reduced. Other bills passed by the House would allow probation and plea bargaining in some narcotics prosecutions where these are now prohibited.