Districts Asking for More Money Already Getting It 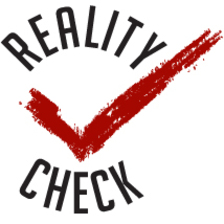 Though state spending on public education has increased in recent years, and though the governor recently proposed a further increase, the money isn't enough for some school officials.

Part of their explanation is that the state is giving money to districts earmarked for employee retirement costs. Though that money is paying for classroom teachers' retirement benefits, officials and politicians claim it isn't "classroom" spending.

But even if the Michigan Public School Employees Retirement System money is disregarded, these school officials' districts are still getting more money. It is disingenuous to claim otherwise.

An op-ed calling for more spending on public education co-authored by the South Lyon superintendent claims that "...years of per-pupil funding cuts and a dysfunctional educational funding system" have caused children to be "squeezed into classroom[s]..."

And yet, South Lyon is getting more state money than ever. This year, the district is set to receive nearly $50 million in state money. South Lyon will be receiving $7,859 per student in state and foundation allowance money.[i]

Taking out the additional state money for teacher retirement costs reduces South Lyon's per-pupil amount to $7,571. But that is still $431 per student more than what the district received during the 2010-11 school year.

No matter how the calculation is done, South Lyon has not seen a decline in state funding.

The Livonia superintendent has been quoted in various news outlets claiming that state funding for schools has gone down. He told Michigan Information & Research Service (subscription required) that the additional retirement money has been "a significant help," but that after retirement costs "I have less revenue every year..."

Liepa has also told the Detroit Free Press that his district has $20 million less than it had five years ago. But taxpayers aren't to blame: This year, Livonia will receive a total of $114.2 million from state taxpayers. In 2009-10, the district received $104.5 million.

Per-pupil calculations yield the same result. This year, Livonia is set to receive $9,515 per pupil in state and foundation allowance money. Removing state money for employee retirement costs reduces that to $9,090 per student.

But in 2010-11, Livonia received $8,900 per student. Either way, the district is receiving more per student from state taxpayers.

The Howell associate superintendent of business told the Livingston Daily that increased state funding will slow the "bleeding" and help the district avoid an "all-out hemorrhaging."

But, again, reality is different.

Howell is set to receive $7,867 this year in state and foundation allowance money. Removing the amount designated for retirement costs yields a per-pupil funding amount of $7,585 — still more than what Howell received in 2010-11.

There is no question that retirement costs are classroom costs. Pension contributions are part of the total compensation classroom teachers receive, and their retirement costs are significant. Though some superintendents might discount those benefits, they can add up to tens of thousands of dollars for a single employee.

But, even when removing MPSERS funding for argument's sake, the claims of many do not hold up. South Lyon, Livonia and Howell all are receiving more per-pupil funding from the state than they did a few years ago. (Keep in mind, this analysis does not include local revenues, like the $195 million bond revenue Livonia approved last year).

These districts' struggles are not due to a lack of support from taxpayers. Instead, they may be due to mismanagement or a failure to adequately respond to enrollment declines.