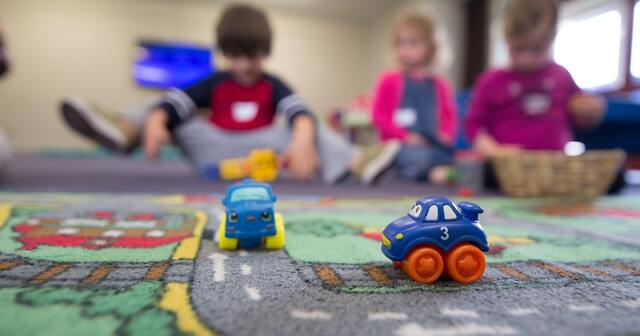 Data Does Not Support Whitmer’s Mask Mandate for Toddlers

When asked on April 9 why she was not imposing new COVID-19 restrictions during Michigan’s third wave of the pandemic, Gov. Gretchen Whitmer said, “Policy change alone won’t change the tide.” She’s probably right. But one week later, her health department introduced a policy change anyway, modifying its orders to require children between the ages of two and four to wear masks.

Data recently released by the state suggests that there is little chance this policy change could significantly reduce the number of COVID-19 cases in Michigan. That’s because, thankfully, young children account for very few of the state’s cases. That means the impact of reducing cases among toddlers is unlikely to make a difference to the statewide trends.

According to state data, children ages nine and younger make up 11.5% of the state population. But this group accounts for just 3.7% of all COVID-19 cases as of April 13, less than 1% of hospitalizations and less than 0.1% of COVID deaths. Children ages two to four, to whom the new mandate applies, make up about a third of this age group, so we can estimate that the specific numbers for them are one-third of these. That would mean two-, three- and four-year-olds probably account for about 1% of COVID cases.

Targeting an intervention to address 1% of the problem will, by definition, not make much of a difference. So, one would think the governor and her health department would provide a thorough explanation for why this new mandate is necessary now.

But they haven’t. The news release announcing the policy change does note that the American Academy of Pediatrics and Centers for Disease Control and Prevention recommend masks for children two and older. That’s true, but those recommendations were made months ago, and the governor ignored them until now.

The governor’s news release also declares the new mandate “addresses the increase in cases among younger Michiganders.” A report released on April 13 shows that COVID cases in children ages 0-9 did increase by 479% since Feb. 19. But it also shows new cases grew faster in other age groups, specifically 20-29, 30-39 and 40-49. Plus, magnitude matters: Even if cases are rising for young children, they still make up so few cases that curbing that increase will not be enough to change the tide, to use the governor’s terms.

There’s another reason to doubt the impact of this new mandate. Parents who feel that masking their toddlers makes them safer are probably already doing it. This means the order will, at the most, change the behavior of parents who up until now have determined that their young children did not need to wear masks. Getting this group of parents to change their behavior now may be difficult, however. Low levels of compliance should be expected, which, of course, further reduces the chances of this policy change having a significant effect.

Based on the data, the new mask mandate seems to impose needless costs on parents, as it stands little chance of making a difference to Michigan’s COVID trends. Gov. Whitmer should have listened to herself on April 9 and avoided issuing such an ineffectual policy change.