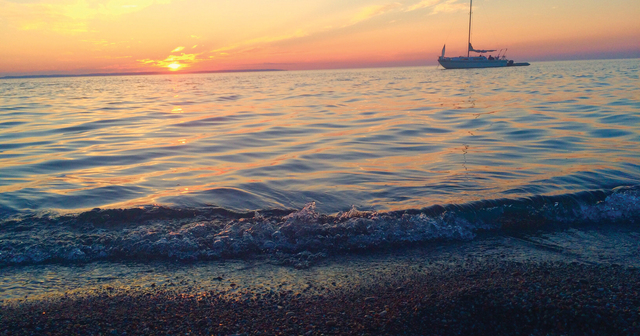 Seated before the Senate Budget Committee in May 2017, Office of Management and Budget Director Mick Mulvaney was barraged by a string of concerns related to President Trump’s budget proposal. Michigan’s senior senator, Debbie Stabenow, highlighted her concerns that the budget worked against the “priorities of Michigan families.” One cut in particular was “of terrific concern” for the senator: the elimination of $300 million in fundingto the Great Lakes Restoration Initiative (GLRI).

Stabenow’s concerns echo those expressed by environmental groups such as the Sierra Club, the Nature Conservancy, and the BlueGreen Alliance. For example, the Sierra Club’s legislative director, Melinda Pierce, argued that cutting funding to the EPA and the GLRI “put[s] the health of these waters and our communities at risk.” Pierce said, “These cuts aren’t just despicable, they are dangerous to the Great Lakes that millions of Americans rely on for recreation and for business.”

Federal spending on water quality and invasive species control is … often matched, repeated, or exceeded by state and local governments.

There is no doubt that the Great Lakes are a key economic asset for Michigan residents. But whether the effective management of our water resources ultimately depends on the existence of the GLRI is debatable. Mulvaney appears to share this skepticism, as his testimony pointed to the reduction of GLRI funds as an effort to reduce federal spending on programs better handled at the local or state level. There is certainly merit to devolving responsibility, especially given the chronic accountability and oversight issues associated with federal environmental spending.

With the GLRI receiving almost 4 percent of the total EPA annual budget, fiscal oversight of it is essential but often lacking, as demonstrated by previous Mackinac Center research. In one example, $62,300 was given to Kent County schools to develop a “school-wide meaningful watershed educational experiences” program. A further $1 million in GLRI funds were spent planting trees and repaving vacant Detroit parking lots. In Chicago, $4.3 million in GLRI funds were spent to remove goldfish and replace ponds with native grassland in a city park. Other GLRI projects included $750,000 to remove golf course turf and over $203,000 to better manage moose in Minnesota.

We can have the discussion about whether those are worthwhile projects. But neither newly paved parking lots in Detroit nor a meaningful watershed education experience in Kent County is essential to maintaining water quality in the Great Lakes. If these projects are needed, they — and similar projects — should be funded at the municipal or state level, leaving federal Great Lakes fundingto do actual work in or on the Great Lakes.

Another reason to look into federal spending on water quality and invasive species control is that it is often matched, repeated, or exceeded by state and local governments. Such work is also done by nonprofit organizations that include Ducks Unlimited, the Alliance for the Great Lakes, the Great Lakes Protection Fund, and the Nature Conservancy through its Great Lakes program.

The Great Lakes Commission, an intergovernmental organization, estimates that state and local governments spend $15 billion on Great Lakes protection and restoration. Those funds come from 688 municipalities in eight states and two Canadian provinces and are supplemented by spending by various private watershed conservation groups, universities and local conservancies. From this data, we can put GLRI funds at roughly 2 percent of locally generated spending on the Great Lakes.

Despite this extensive spending at local and state levels, many politicians and advocacy groups continue to push for more federal funding. That consistent pressure is understandable, given that local efforts and spending are not well known or publicized. The apparent lack of transparency and dizzying number of local organizations involved makes tracking state and local projects challenging, to say the least.

Although it’s hard to know exactly how much is spent on local efforts or how effective they are, they still appear to be better managed than the federal government’s efforts.

Institutions like the Nature Conservancy, Leelanau Conservancy, North Woods Conservancy, and various other local conservation districts accomplish many of the same tasks as the U.S. Fish and Wildlife Service and U.S. Forest Service. They work to maintain water quality, clean the shorelines, test sediment and protect the lakes against invasive species — all of which federal organizations do. But these institutions often have defined action plans for their area’s specific needs, meaning they are more likely to achieve their goals efficiently.

Without better data on overall spending and a clear metric that defines goals, objectives, and success or failure, it really isn’t possible to judge where taxpayer money is best spent. Without that information, Stabenow and special interests can continue pushing for more and more funding. That’s because there is no way to determine how much is enough, and any change in funding can be described as a fatal attack on the well-being of the Great Lakes.