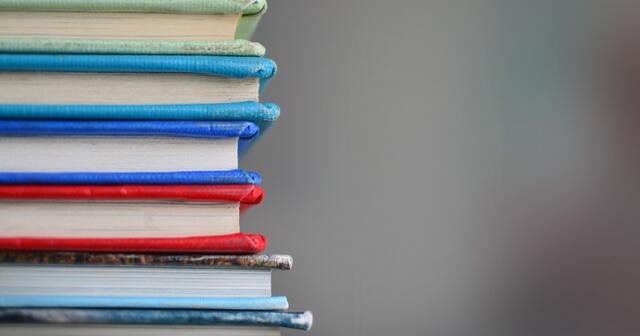 Choice Satisfies Most Parents, Appeals to Most Voters

Nearly a quarter century has passed since Michigan’s first experience with public charter schools. Since then, parents have demonstrated that they value educational choice. After all, a charter school only exists if families choose to enroll.

Reporters and pundits often kick around the issue of charter schools, without stopping to listen to the parents who benefit from these educational alternatives. They might find the experience enlightening.

Earlier this year the Mackinac Center for Public Policy sponsored an online survey of more than 1,400 Michigan charter school parents. The questionnaire followed a 2017 phone poll of 800 parents who exercised some form of educational choice, whether in a charter school or in a district other than the one where they live.

If more talking heads actually listened to families who have exercised their right to choose, we might begin to have more conversations about how to expand access to effective learning options and less talk of taking those options away.

According to both surveys, most parents who have selected a different public school than the one assigned to their home address highly rate their child’s new school, expect more educational success for their child and recommend the experience to others. The newer report also more clearly highlights the diverse and pressing reasons that drive families to choose a public charter school.

In a state where lackluster-to-poor student performance on state tests is clearly documented, it is not surprising that parents are most likely to say weak academics motivated their search for a new school. Yet many Michigan charter parents also placed high priority on other concerns, whether greater flexibility to meet special learning needs or having an environment safe from bullying, racism or other campus dangers.

About 70 percent of the parents surveyed said they faced no significant challenges in finding a charter school. Among those who did, however, the most commonly cited obstacles were finding information on school quality and finding schools with openings. This was especially true for parents who said they weren’t able to enroll their child in the charter school that was their first choice.

And where do parents typically turn to find the information they need? Families who end up opting for an online charter rate the cyber school’s website as most important source, while campus visits take precedence for those at brick-and-mortar campuses.

In Michigan, charter schools represent a major vehicle for greater educational opportunity. But that doesn’t mean that any particular school will work out for any given student. While most parents who select a charter school have favorable experiences, about 10 percent expressed enough dissatisfaction to consider switching to a different school this fall.

Most of the families who thought of switching have very few or no alternatives to enrolling in a local district or a different charter school. Some families sacrifice to pay tuition to a private school, if they can afford it. But restrictive language in Michigan’s constitution says public funds or credits cannot be used to aid them.

Michigan residents say they want a type of private school choice program that is available in nearly 20 states. In a July survey sponsored by the Mackinac Center, half or more of the state’s likely voters strongly favor providing tax credits for scholarship donations that help underwrite private school tuition for low-income or special needs students. When the number of likely voters who “somewhat favor” that idea are added to those who “strongly favor” it, the total exceeds 70 percent.

Nearly 60 percent back a similar plan: state-funded education savings accounts that allow parents to, in the words of the survey, “pay tuition for private schools or online education programs, private tutoring or to save for future college expenses.”

Voter support stands even stronger for protecting the educational choices Michigan families already enjoy. Two-thirds favor the concept behind the state’s Schools of Choice program, which allows students to enroll in neighboring districts. And for the third consecutive edition of this biennial poll, 55 percent of the state’s voters rightly reject the argument that school choice hurts traditional public schools.

Most respondents say Michigan has the right amount of choice, but those who say the state needs more choice outnumber those who say it has too much (26 to 12 percent). Notably, 58 percent of Detroiters agree that there is not enough choice in education. That comes from a city where tens of thousands of students already have fled the assigned district, causing some major media outlets to lament the “chaos” of too many options.

If more talking heads actually listened to families who have exercised their right to choose, we might begin to have more conversations about how to expand access to effective learning options and less talk of taking those options away.