Kirk's work has made a lasting impact 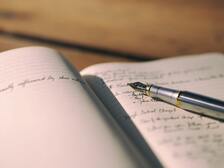 Editors Note: This piece first appeared in The Federalist. You can view the original piece here.

It’s a story often told that bears repeating: the Great Depression and World War II were the international crises that invigorated the statist impulse in the 1930s and 1940s. By the time Harry Truman defeated Thomas Dewey in the 1948 presidential election, the United States’ future was assumed to be one of unfettered liberalism. Until, that is, William F. Buckley launched his new periodical intended to stand athwart history, yelling “Stop!” and Dr. Russell Amos Kirk offered his doctoral thesis to the general public.

Buckley’s National Review and Kirk’s “The Conservative Mind: From Burke to Santayana” were watersheds not only of the 1950s but also the decades thereafter. The wave of conservatism both men unleashed crested with the presidential nomination of Barry Goldwater in 1964 and again with the ascendency of Ronald Reagan to the Oval Office in 1980 and his reelection in 1984.

Conservatism as outlined by Kirk’s 10 conservative principles has been on the wane ever since, but the residue from its heyday has somewhat stymied the march of centralized government power and hindered complete cultural collapse. Not quite “stop!” but perhaps closer to “slow your roll.”

Buckley’s legacy is intertwined closely to that of Kirk’s. Kirk wrote a regular column, “From the Academy,” for National Review for decades, and the magazine’s writers consistently reference Kirk’s tremendous body of work to this day.

A bibliography of Kirk’s oeuvre, in fact, fills an entire book: nationally syndicated columns; speeches; criticism; academic essays; short fiction and novels; the aforementioned magazine column; copious letters; and three dozen books. Somehow, he also managed to mentor dozens of students at his home base in tiny Mecosta, Mich.; teach at numerous colleges and universities; and serve as a nurturing patriarch to his four daughters and dedicated spouse to his wife, Annette.

This month marks the 100th anniversary of Kirk’s birth. 1918 was an auspicious year for champions of ordered liberty, the permanent things, and moral imagination; none other than Aleksandr Solzhenitsyn was born the same year. Whereas the author of the “Gulag Archipelago” witnessed firsthand the oppression wrought by a centralized government, Kirk could only surmise from his extensive reading of the great books combined with his prescient perceptions that the world at large and the United States specifically teetered on the precipice of progressivism and, hence, whatever form of totalitarianism such ideologies might deliver.

But he was so much more than a Cassandra ceaselessly caviling against Communism. More to our great fortune, Kirk scoured the world’s great literature, philosophy, and political theory. From these bricks of wisdom he constructed an edifice alternately ivory tower in its erudition; Samuel Taylor Coleridge’s Xanadu in its gothic grandeur; “Walden” in its embrace of anti-materialism; and synagogue and cathedral in its embrace of the enduring moral order—often all at once. “The Conservative Mind” was originally titled “The Conservative Rout,” which indicates the steep pitch of the liberal roof Kirk recognized he was attempting to scale.

The building materials he gathered for this endeavor were at the time random cornerstones of conservatism. Beginning with Edmund Burke, the 18th-century statesman and political thinker, and ending with George Santayana at first, Kirk later added his friend T.S. Eliot to his selective conservative pantheon (and later wrote perhaps the most perceptive book-length study of Eliot’s poetry, prose, and drama).

In between Burke, Santayana, and Eliot are names either well-known or obscure to the average reader: Samuel Adams, John Randolph, Orestes Brownson, Irving Babbitt among them. The mortar binding these bricks together is equally impressive: Montesquieu, the Bible, Cicero, Dante.

Kirk spent the remainder of his life after “The Conservative Mind” on projects wide and varied but also remarkably consistent in his Christian, conservative, and humanist approach. Had someone else authored “The Conservative Mind” and updated it at the end of the last century, they most certainly would’ve concluded the book with a chapter on Kirk.

Conservatism as envisioned by Kirk never has and more than likely never will attain predominance in American culture, as even the Sage of Mecosta himself acknowledged. However, he wouldn’t be disheartened by this, as he considered true conservatism to be a rejection of ideology.

Conservatives recognize that permanence and change must be reconciled prudently in a vigorous society. Kirk’s multifaceted legacy includes a life lived accordingly to a body of work that championed morality, prudence, property rights, voluntary community, and the notion the human race is imperfectible. Perhaps more important is the multitude of little platoons—a phrase he borrowed from Burke—he inspired and invigorated.