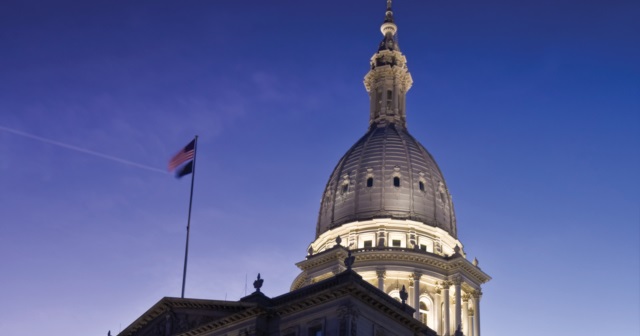 If you let the government solve a problem, you’ll get more problems

One reason is that government is by nature inefficient.

Nobody spends somebody else’s money as carefully as he spends his own. Government has only other people’s money to spend. The person whose money is being spent has only indirect means to influence where government decides to spend it.

Another reason less is more is that freedom is “one whole” – and restrictions on economic freedom affect other freedoms.

Economic freedom relates to the ability to choose how we spend our money, how we pass our resources to our descendants, what occupation to engage in and whom we do business with – among other things, such as the ability to own property.

Government most often restricts these freedoms through taxes, workplace regulations, heavy-handed oversight of products in the marketplace and occupational licenses. For example, in Michigan you are not free to hire your teenage neighbor to paint your living room unless he has received permission from the government first.

People are less likely to exercise their other freedoms – of speech, religion or the press – when the government can use the threat of audits, tax hikes, license denial and proliferating workplace rules to interfere with their ability to run a business or earn a living.

Furthermore, the natural direction for government is to expand rather than contract.

That’s because every government intervention requires people to run it, administer it, measure it, report on it and staff it.

Usually, a real or imagined problem leads people to call on the government to “do something” about it. Sincere, well-meaning people lobby their representatives, as do others who might also be sincere but also believe they could benefit from the government intervention.

Eventually, public officials pass a new law or create a new task force or establish a new administrative agency to address the evil.

Sincere people go on to the next pressing issue that might need government action. Those who can benefit from the government action – sometimes known as special interests – start to work the new system for their own benefit.

Who benefits from the government requiring licenses for painting? Licensed painters. They are now more likely to win your business over your teenage neighbor. In this case, the consumer loses by having fewer options in the marketplace, likely paying a higher price as a result, and getting little in return.

Usually, new questions and problems arise, and government expands the scope of the intervention to address these new problems. By this time, the program is entrenched and many people have a vested interest in keeping the intervention. Consequently, it’s difficult even to conceive of abolishing or walking back the program even if the public has seen no measurable improvement on the original problem.

Our nation’s founding documents created a limited form of government because the framers of the Constitution understood these characteristics. While a degree of government is necessary for human flourishing, the rule of thumb should be that less is more.