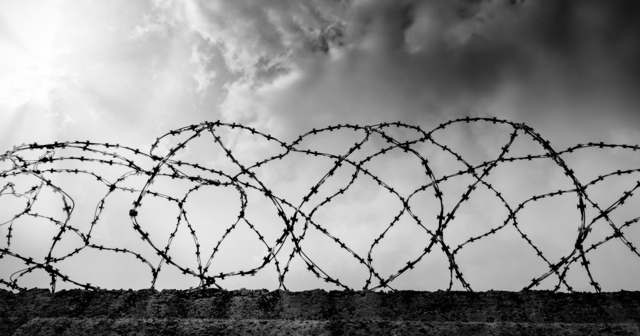 Pete Martel lost a job for past criminal activity

There’s no denying that Pete Martel did something bad. In 1994, he pled guilty to armed robbery and assault after robbing a store and firing a gun at police.

If he had hit or killed an officer or bystander, he probably wouldn’t be out of prison today. As it is, he served 14 years.

But that’s where the remarkable part of the story starts. Martel seems to have turned his life around. He went to law school, found steady work, and is getting a PhD.

The job didn’t last long. His hiring was blasted by another justice, Richard Bernstein. Bernstein and Bolden are both Democrats.

"I'm not saying (Martel) shouldn't be allowed to make a living, and I'm all about second chances. But there are certain jobs you should never be allowed to have after you shoot at a police officer, and one of them is clerking for the highest court in the state," Bernstein told The Detroit News.

Martel quickly resigned, saying he didn’t want to be “a distraction.”

I don’t personally know Bolden, Bernstein or Martel — and probably disagree with them on many policy issues. But this was a sad way for the story to end.

Martel isn’t a politician. He is someone trying to find a job, and he was thwarted because of past crimes. He already served his time in prison — from the government and legal standpoint, he paid the price for his crime.

That price should not include a lifetime ban on working. And it doesn’t make sense that he’s qualified to do other legal work — or to work in construction or at a grocery store — but not to clerk for the court. He applied for a job. His employer knew his background and offered him a position. That’s how things should work.

Every year in Michigan, 50,000 people are convicted of felonies and 10,000 people are coming out of our prison system. There are two key questions here: What do we want them to do, and how long should they be punished?

We want them to find meaningful work — as opposed to doing something unproductive or dangerous or criminal. And their punishment should rarely be one that lasts for life.

Pete Martel committed a horrible crime. But he served the punishment for that crime and tried to make his life — and others’ — better. That’s what we all should want.