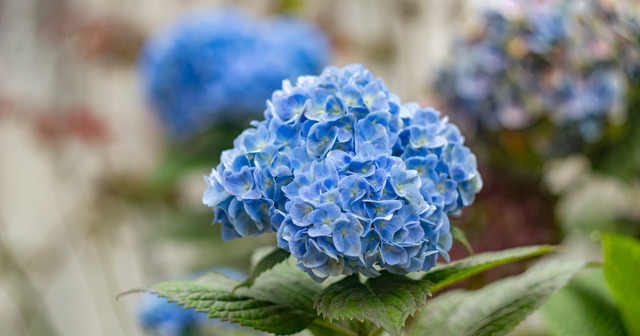 Why Do Michigan Flower Growers Need a State License?

Pointless reg has small businesses asking, ‘Where have all the flowers gone?’

A friend was visiting a small local garden shop recently, and the owner had a bin of flowers she was forced to give away free of charge. Why? One of Michigan’s many inane licensing laws.

“I’ve had some health issues recently and I can’t afford to pay the state license fee, so I’m legally not able to sell them,” the roadside shop owner said.

Crazy as it may sound, the state of Michigan actually requires a special license of anyone who wants to sell certain flowers. The small-scale Nursery Grower license is mandated by law for anyone who wants to sell perennial flowers that they grow themselves. The license costs $40 and the growing operation must be inspected annually by the Michigan Department of Agricultural and Rural Development. That costs an extra $59.

So, even trying to sell a single perennial flower means a person is out about $100, plus the time and expense to figure out and complete the process.

The supposed reason for this law is to prevent the spread of pests and plant disease. It’s a statute from 1931, the Insect Pest and Plant Disease Act. But a license and inspection fee is unlikely to help stop invasive species. If that is the goal, it would make more sense to focus only on inspecting plants brought in from outside the state.

But the law is both overbroad and underused – it just seems arbitrary. Not all growers within Michigan need the license and inspection: Individuals who grow and sell annual flowers, even hundreds of thousands of them, don’t need a license. But selling even a dozen perennial flowers subjects someone to the regulations. How is the former less likely to introduce pests or bugs than the latter?

On top of that, there are other exceptions. Plants and perennial flowers dubbed “wild” are not subject to the rules. Selling trees, flowers, or other plants from your own property, provided you didn’t plant them, doesn’t require a license. Apparently, according to Michigan law, wild plants are less likely to convey disease and insects than perennial flowers grown in a controlled environment by someone with a strong profit incentive to make sure they are healthy.

And while flowers are enough of a menace for the state to worry about, produce is not. Selling corn, apples, tomatoes or other food items from a stand on the side of the road doesn't need a license. Even transferring produce to a farmer’s market and selling it there does not subject someone to state regulations. But doing the same thing with perennial flowers? A person actually needs to buy tags and acquire a second license from MDARD.

Too often, the state of Michigan has licensing rules that are arbitrary, unjustified, or simply make no sense. Lawmakers should require that every proposed license, and every license on the books, be subject to a regular review. Perhaps then, at least one woman would be able to make a little more money to support herself without needing special state permission.