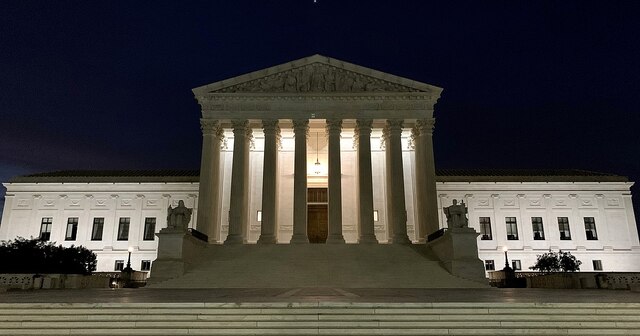 A statement from the Mackinac Center Legal Foundation

The leak to Politico of the United States Supreme Court’s draft majority opinion in Dobbs v. Jackson Women’s Health Organization, which would effectively overturn Roe v. Wade upon official release, is a dangerous departure from the centuries-held practice of allowing our nation’s highest Court to deliberate and interpret our constitutional freedoms without fear of incurring political coercion, retribution or violence.

The ensuing damage to the judiciary is likely to be long-lasting and extensive, reaching into our state courts as well.

To understand why this leak is such a serious threat to our democratic institutions, it’s important to consider the balance of power and how the United States Supreme Court is meant to function.

According to Alexander Hamilton in Federalist # 78, when the framers created the federal judiciary, one of the primary rationales for granting judges lifetime tenure was “to secure a steady, upright, and impartial administration of the laws.” Quoting Montesquieu, Hamilton added that "there is no liberty, if the power of judging be not separated from the legislative and executive powers.''

Leaks at the Supreme Court are extremely rare, and a leak of a full draft opinion might be unprecedented. Measures are taken to protect the secrecy of deliberation. Circulation of draft opinions are limited to the nine justices and their clerks (with every justice assigned four clerks). Clerks are prohibited from taking papers out of the Court. Clerks sign confidentiality pledges. Some justices will not use email to limit opportunity for their work to be forwarded to outside parties. This respect for secrecy is so paramount to the operations of the Court that the late Justice Antonin Scalia would tell his new clerks that he would ruin their careers if they leaked confidential material.

The typical course of a case involves briefing and arguments. These arguments start in October and can continue until April. Following the argument, justices meet in a private conference (no clerks or other staff) to hold a preliminary vote on each of the argued cases and to assign the writing of the Court’s majority opinion. If the chief justice is in the majority, he or she will assign the opinion. If not, then the most senior justice in the majority will assign the opinion. These opinions must be issued before the end of the Supreme Court’s term, which generally concludes in late June. The period between oral arguments in a case and the Court’s issuance of a decision is when the draft opinions are circulated.

The document leaked to Politico is a draft majority opinion written by Justice Alito (Chief Justice Roberts has since authenticated it), which would overturn Roe v. Wade and leave abortion law largely up to the individual states. The preliminary post-conference vote and the draft opinions are not binding – the Supreme Court only speaks through its issued opinions. In fact, while it rarely happens, votes do change during the drafting process. It is widely believed that a previous abortion decision, Planned Parenthood v. Casey, began the post-argument process with the votes to overturn Roe, but eventually became a decision largely upholding it (although using a different rationale and altering it in some manners). It is also believed that Chief Justice Roberts changed his vote on Obamacare between the conference and issuance of a decision.

Thus, the importance of absolute secrecy during this period is essential to insulating the justices from outside politicking during a time when their positions may be evolving. What justice would switch a vote during the drafting process if it were known immediately after conference who voted in what way? The Supreme Court speaks through written orders and opinions, and these need to be researched and drafted. This takes time. An attempt to write a majority opinion may expose flaws that were not necessarily evident after oral argument.

The perpetrator of this leak to Politico, assuming the leak was an intentional act, may have considered the legal question in this case to be more important than protecting the nature of the institution.

Perhaps the perpetrator harbors hope that political pressure will change a vote, lead Democrats in Congress to break the filibuster and pass statutory abortion rights before the official decision is issued, incite an attempt to “pack” the Supreme Court, or seek to maximize the political impact the impending decision may have on the forthcoming midterm elections. More ominously, this person is, in the very least, indifferent to violent threats being made by the public against justices of the majority. Barricades were put up around the perimeter of the Supreme Court almost immediately after the leak.

By compromising the Court’s secrecy, the leaker disrupted a process that protects our separation of powers and has risked reducing the Supreme Court to another political branch that can be influenced and lobbied just like the legislature and the executive. Each important decision would become more and more like what Supreme Court confirmations hearings are at their worst. This would be disastrous for the rule of law – creating the perception that each judicial decision is a mere political act worthy of respect only if it is in line with an individual’s personal views. Separation of powers is meant to limit the passions of the day and not to turn them loose on our institutions and society.

This may soon be a matter for the Michigan Supreme Court as well. Two lawsuits have been filed seeking to overturn a 1931 law banning abortion that could become effective if Roe is overturned. Even before the United States Supreme Court leak, political actors were applying pressure. If Roe is indeed overturned, the pressure on the Michigan Supreme Court will only intensify. Do we want a state judiciary process that allows insiders to release each successive draft opinion in almost real time and observe the various political actors tweet and lobby for their preferred changes? Or do we want a system where reason is paramount and judicial decisions are not viewed merely as the political whims of the judges or their political allies? The answer was obvious at America’s founding and remains so today.

Patrick J. Wright is the director of the Mackinac Center Legal Foundation.