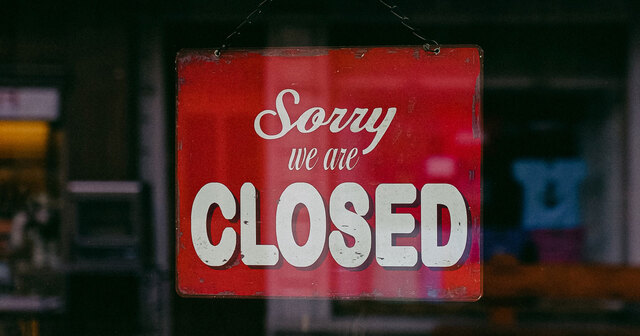 Whitmer fought the virus, and the virus won

This article originally appeared in The Detroit News March 23.

Two years ago, Gov. Gretchen Whitmer invoked emergency powers and launched a war against the coronavirus that causes COVID-19. She singlehandedly commanded the state’s response — a historically unprecedented exercise of executive power. This was necessary to defeat the disease, we were told. But right now, victory seems illusive.

Waging war against this virus was not just a useful metaphor — the state’s response was warlike in both method and measure. Whitmer concentrated all power in her executive office. She locked down businesses, schools, churches and other private organizations. Contact tracing gathered intelligence on the enemy.

The state’s public relations campaign kept citizens alert. This was total war, with every Michigan resident enlisted to “do their part” by sheltering in place, wearing a mask, sacrificing medical treatment, working virtually, mourning and celebrating in isolation and much more.

The war effort was one of the few things politicians seemed to agree on related to COVID-19.

A month after issuing her first broad lockdown, Whitmer said, “President [Donald] Trump called this a war, and it is exactly that, so let’s act like it.” In her congratulatory statement to President Joe Biden for winning the 2020 election, she said, “It is time for the American people to unite against our common enemy: COVID-19.”

Lockdown policies were the first weapon of the war, and most governors issued them, to a varying degree, in the early days of the virus. Whitmer’s lockdown was more severe than most, banning most social activity, even medical treatments, unless directly authorized by her orders.

The Mackinac Center challenged this use of executive power, and the Michigan Supreme Court eventually agreed it was unconstitutional. But the damage was done. Lockdowns guaranteed that any victory over COVID-19 would be an expensive one, accompanied by educational, psychological social and economic damage.

After twice experimenting with lockdowns, the state shifted last year to a new strategy: mass vaccination. The goal now was to convince and compel the population to get vaccinated. There was an extensive ad campaign, a lottery prize and a reward scheme that offered to end mandates if more people got their shots. This was the path to victory, and Whitmer predicted that every month of 2021 would be better than the last.

The governor went so far as to promise a complete victory. As COVID-19 vaccines were on the horizon, she repeatedly urged us to “eradicate this virus once and for all.” A few months later, Whitmer pledged: “We must, and we will, become the state that beat the damn virus.”

With vaccines having been available for more than a year and with nearly all COVID-19 restrictions and rules now rescinded, one might expect to see some signs of this victory. It’s hard to find in the data. The virus is still here and was recently more active than ever.

This doesn’t sound like progress: The average daily COVID-19 deaths in 2020 — with closed schools, mask mandates and lockdowns — was about 46. The average in 2021 — with vaccines, no lockdowns and mostly open schools — was 45. Nor does this: There were nearly 80% more COVID-19 deaths in the first two months of 2022 than in the first two months of 2021. If we’ve won the war, it sure doesn’t feel like it.

So, was the war necessary? Was it worth the incalculable cost to children’s development, to small business owners, to our emotional and mental health? It is difficult to weigh these costs precisely, but the coronavirus’ continued success at infiltrating every human population and dozens of animal species, too, suggests that this war could never be won.

Efforts to eliminate the virus appear utterly misguided. No matter what containment policy a country or state tried over the last two years, COVID-19 spread to the small segment of society susceptible to it.

Perhaps this is why the pandemic preparedness plans produced before 2020, which Whitmer and most government leaders ignored, did not recommend total war against an easily transmissible respiratory virus. Granting a governor unilateral control over society was not even considered.

Instead, experts recommended targeted interventions, limited and localized control measures and educating the public on how to manage their own risks.

Somewhat ironically, that appears to be the approach Michigan is settling for now, but only after a costly and failed attempt to eradicate COVID-19.

One might still support the war effort, perhaps believing the virus would have caused even more harm without lockdowns and mandates. We cannot rewind the clock to see. But regardless of your view on that matter, it is still important to earnestly assess the impact of this approach.

There will be another novel virus introduced to humans, and policymakers need to decide now if the state will launch another full-scale offensive or take a more strategic, targeted and humble approach.