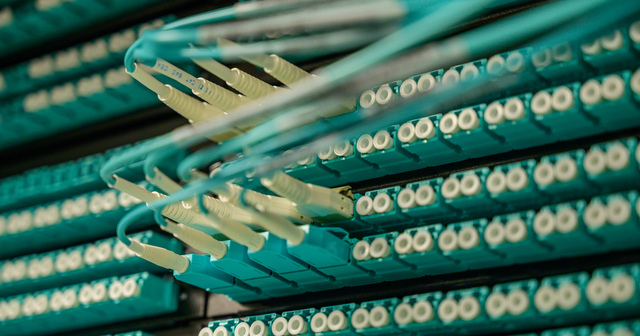 Pilot program gets no bidders; city has better internet options

In March 2022, the city of Detroit laid out plans to build and manage its own broadband network. The stated goal is to hook up every address in Detroit to “world class fiber optic connectivity” for half what high-speed internet currently costs. Well, it’s off to a poor start.

The launch of this network was supposed to be a pilot project in Hope Village. In a city document, Detroit officials say, “The pilot project [in Hope Village] is a miniversion of the plan, and it will confirm the assumptions in the city’s plan.” Unfortunately, it has confirmed instead that the city is months behind schedule and unlikely ever to meet its lofty promises – a result similar to those with other government-owned broadband networks.

In Hope Village, the city said construction would start in May 2022, and people would start getting hooked up in August. Everything would be completed by the end of 2023. But on June 30, the city announced there were no bidders for the project. Detroit bureaucracy meant the city “didn’t identify an area where contractors could store their construction materials.” Detroit has appropriated $45 million for “digital divide” projects, including more than $11 million for the Hope Village project and two other smaller endeavors. The city website still lists the Hope project as “upcoming/in process.”

This was the first step in an expensive government-run plan to connect every home in the city to a fiber network. In Detroit’s “Digital Access Policy and Strategic Infrastructure Plan,” the city says from now to 2032 is the time to spend the because of the “historic funding” available. It also claims there is not enough competition among internet providers and that 30% of Detroit parents say inadequate internet was often a reason their children were absent from online classes during the COVID-19 pandemic. “Detroit’s digital access policy will assure that any public monies result in public infrastructure for the public good,” the report says.

Detroit is correct that some residents don’t have enough options at a price they want to pay. But it is very unlikely the city will be able to provide this. They are far more likely to simply waste a whole lot of taxpayer dollars in this herculean effort.

In Detroit, it’s hard to say how big of a problem lack of high-speed internet actually is and what is the cause of the problem. The Census Bureau says 86% of people have a computer and 72% have broadband internet. A survey of city residents in June showed similar numbers, with 25% saying they cannot get broadband service at their residence. The Urban Collaboratory at the University of Michigan says 70% of Detroit’s school children have “no internet access at home.” It’s unclear where that number comes from.

BroadbandNow says the city of Detroit is almost completely covered with options for high-speed internet service, including fiber and 5G options. The Federal Communications Commission agrees, finding nearly all of Detroit has access to more than one internet provider offering download speeds of 100 Mbps or more.

This suggests that Detroit has an internet affordability problem, not a broadband deployment problem. So why is the plan to spend hundreds of millions of dollars on deployment rather than focusing on affordability?

Instead of spending hundreds of millions of dollars adding a new, government-owned fiber network, the city should continue to leave that to the private sector. If Detroit officials want to help residents get better access to high-speed internet, they should spend their historic funds on subsidizing high-speed internet services for residents who cannot afford it. Cost is the main reason Detroiters say they don’t have broadband internet.

As compiled by Bryce Huffman of Bridge Detroit, there are many options already available to help people cover the cost of internet. This mix of government and private sector subsidies would pick up the bulk of the cost of internet for people who want it. That’s a far better option than spending a massive amount of money on a new government network.