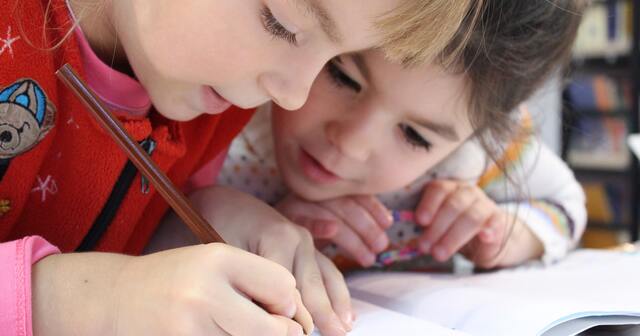 About 15% of Michigan public school students use Schools of Choice.
Publications / Viewpoints

Attack on Schools of Choice Unfounded

Over the past couple years, some of the nation’s loudest opponents of school choice have been quick to fix their sights on Michigan, the home of the U.S. education secretary they eagerly vilify. They sacrifice important facts and context for the sake of perpetuating a convenient political narrative.

The latest prominent example appeared in the pages of The Washington Post, offering slanted views of a program that gives Michigan families easier access to school districts outside their own. The Valerie Strauss column quoted extensively and uncritically from the transcript of a podcast she portrayed as unbiased news reporting. But that reposted podcast transcript painted a picture of a destructive program, both by exaggerating the effects of Schools of Choice on districts and ignoring the role of students and families in making choices.

At its core, the Schools of Choice program gives lower- and middle-income families the ability to choose their child’s school district. Many people buy access to a district by purchasing a home and relocating. Families cannot be blamed for seeking better educational options, but relocating to a better neighborhood isn’t a financially sound option for everyone. A new mortgage may squeeze the household budget and lead to greater debt — or even be out of reach. Schools of Choice, by contrast, lets any parent choose a different school district for their child without having to change residence.

Schools of Choice has grown increasingly popular since it first began in the mid-1990s. Today, nearly 15% of all Michigan students in conventional districts come from a home address outside the district. And the program shouldn’t be blamed for all the problems facing struggling Michigan school districts.

Yes, it contributes to some districts losing enrollment, but in many districts, the number of students has been on the decline for a long time, with or without Schools of Choice. The state’s total public school enrollment (including enrollment at charter schools) is down about 14% from its peak in 2002-03. The primary reasons are that more people have left the state and the remaining population has grown older.

The podcast featured in the Post suggests that the school choice program siphons students from urban, lower-spending districts to higher-spending ones. That’s not necessarily true, for two reasons. First, districts in some wealthy Detroit suburbs, such as Grosse Pointe and Birmingham, have opted not to take in students through Schools of Choice. Over the years, though, the number of these holdouts has decreased.

But equally important, the districts losing students through the program aren’t the lower-spending ones; they’re often the higher-spending ones. The 15 school districts that lose the largest share of students to inter-district choice (including Detroit) spend significantly more per student than the state average.

The podcast further neglected to mention the best available research on Schools of Choice, which comes from Michigan State University’s Education Policy Innovation Collaborative. It shows that students who use Schools of Choice are more likely to be African American and come from low-income families. It also shows that using inter-district choice has no negative effect on student achievement.

But the act of choosing, whether for a different academic program or a safer and more stable learning environment, makes parents happier. In a 2017 Mackinac Center survey, 80% of Michigan parents who exercise choice gave their school high marks, a rate higher than the national average. By the wide margin of 65% to 7%, parents also said their experience with choice has increased, rather than decreased, their expectations of their child’s educational success.

One of the podcast’s co-hosts implied that the state policy is unfair because “there’s no transportation provided and attending school in another district often requires some significant travel, schools of choice are only an option for kids who have a way to get there.” But that criticism is disingenuous. Only moments earlier, the podcast made River Rouge, a suburban Detroit district, look unsavory for advertising and sending buses into Detroit to pick up students.

Without Schools of Choice, only families wealthy enough to pick up and move would get to choose their school district. Would returning to that reality make education more equitable? If the cost of transportation is a significant problem, there’s a relatively easy solution: Give students transportation scholarships. These could make it easier for even more families to access a school of their choosing.

The state needs to do what it can to help students succeed. One thing it should do, then, is make Schools of Choice more widely available, not take it away.