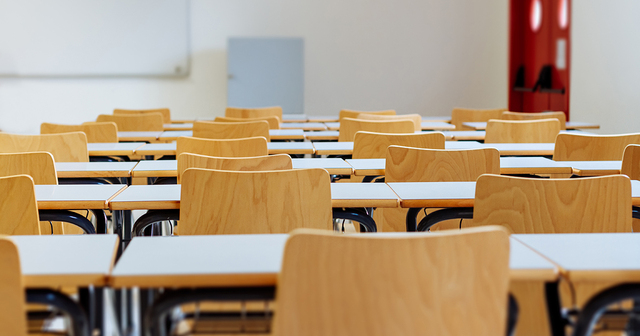 Over 100,000 qualified teachers are not employed by a public school

It’s a common refrain recently that Michigan is facing a teacher shortage. But is that really true?

Those who say it is typically point to two facts. First, the number of teaching certificates given out annually has fallen by nearly two-thirds in recent years, from 9,665 in 2004 to 3,696 in 2016. On a related note, the number of students enrolled in teacher preparation programs at Michigan colleges has fallen by about 40 percent.

Those numbers aren’t in dispute, but there’s more to the story.

The number of people going to college to obtain a teaching certificate increased significantly before the recent drop-off. So the decline in teacher prep programs may be nothing more than what scholars call a regression to the mean, or a return to a long-term pattern.

The evidence suggests this is the case: The state reports that there are 104,667 people who have an active teaching certificate but are not employed by a public school. That’s a pool of potential teachers that exceeds the number of teachers currently teaching in Michigan’s school districts. So perhaps the decline in certificates is simply the result of people responding to how many educators are already out in the market competing for jobs.

This large pool of potential teachers helps explain why, despite fewer people getting certificates in recent years, districts don’t appear to have many problems filling teacher vacancies.

Michigan Capitol Confidential submitted open records requests to dozens of school districts to see how many applicants they received for their open teaching positions. Nearly every school got dozens — and in some cases, hundreds — of applicants for every vacancy. Portage averaged 41 applicants per position, Novi got 123 per job, Dearborn, 38, and Grand Rapids received 72 applications for each open position, just to name a few examples.

It is true that some positions are harder to fill than others, such as special education, some foreign languages and math. But the way to deal with this challenge is by paying higher salaries for those positions. Districts generally refuse to do this, however, and instead pay all teachers, no matter what they teach or how hard they are to find, according to the same logic. Only logging more years on the payroll or obtaining extra college credits earns a teacher higher pay under nearly all district pay scales.

Since only a few school districts are willing to pay hard-to-find teachers more, this raises the question of whether they are really experiencing a genuine problem with finding new teachers.