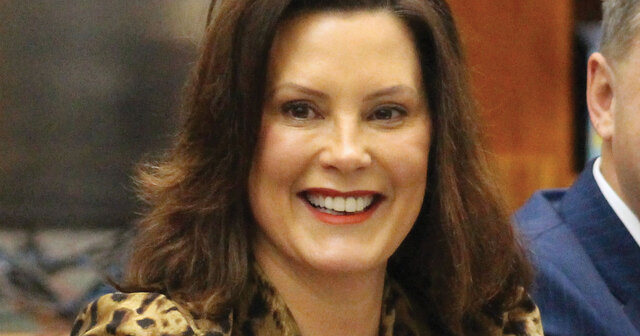 Gov. Gretchen Whitmer took time at a January press conference to slay a myth, saying “Things have not been closed for eight months.” It is true, of course, that the economy is not and was not ever fully shut down. But the governor’s attempt to regulate nearly every aspect of our social lives promotes the public perception that this is what happened, because her approach is to prohibit everything except that which she specifically allows.

For instance, the epidemic orders issued by the state health department restrict how many people may gather indoors. It does so by first declaring that indoor gatherings are prohibited. That is about as broad and blunt as it gets. The only indoor gatherings that are allowed are those that the order makes an exception for: gatherings of 10 or fewer, representing no more than two different households.

This may not technically shut anything down, but it is an extraordinary restriction when you think about it. It means that a child may not play inside with more than one friend at a time, unless the friends are siblings. It means no double dates at the movies (and no third wheels, either). It means that large families cannot invite more than a few relatives into their own homes.

A similar tack is used for regulating outdoor gatherings. They “are permitted only” for 25 or fewer people from three or fewer households. “Outdoor” is defined “as a space that is not indoors,” which means that these rules apply to your backyard, every neighborhood park, cornfields and every inch of the 4.6 million acres of state land in Michigan. A golfing foursome is illegal unless two of the four live together.

These prohibitions on gatherings apply to just about every interaction that occurs in public, because a “gathering” is defined as “any occurrence, either indoor or outdoor, where two or more persons from more than one household are present in a shared space.” That covers just about every activity you might care to do outside your home.

The only reason businesses are open, people are attending churches, patients are seeing doctors and many schools are meeting in person is because Whitmer makes specific exemptions for each of these activities — that is, if the people involved follow other rules laid out in the order. For example, the order says that “gatherings are prohibited at entertainment facilities

and recreational facilities unless” they follow a number of social distancing mandates. This same default prohibition is set for schools, restaurants, child care facilities, barbershops, gyms and more.

These ambitious prohibitions may appear harmless. The state, even with the full force of every county and local government behind it, could never fully enforce these rules. There’s no doubt that people violate these rules regularly. When considering the challenge of enforcing compliance, it’s clear that these strict prohibitions on gatherings are just for show, because it is impossible for most individuals to precisely adhere to all of them.

But there is a real danger to this approach. It should not be forgotten that anyone who violates these orders is a criminal and subject to imprisonment and fines. In fact, the state health department even used other emergency powers it possesses to increase the amount people must pay for violating these rules, taking it from the default fine of $200 to a $1,000 charge for each violation. This means that if you have a friend over and a neighbor stops by to say hello, you risk a $1,000 fine and criminal charges if you invite the neighbor in from the cold. Is this really necessary?

Behind a podium and a microphone, Whitmer often tells Michiganders that limiting the effects of COVID-19 is all up to us, that we must all do our part and that our individual actions matter more than what any state order says. She’s not wrong when she says this, but it does suggest that voluntary compliance with state guidance should be the most appropriate approach. But her actual orders rely

on the opposite. Under the governor’s approach to the pandemic, all that is not explicitly permitted is prohibited under penalty of law. That’s not trusting people to do the right thing, and it might be the source of the “everything is closed” myth the governor would like to erase.