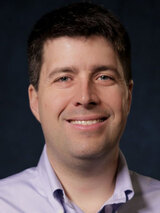 Chris Surprenant is an associate professor of philosophy at the University of New Orleans and founding director of the Alexis de Tocqueville Project, an academic center for research and programming focusing on issues at the intersection of ethics, individual freedom and the law. The project sponsors public lectures, academic seminars, debates, and reading groups; faculty and undergraduate scholarship; a summer seminar in philosophy and political economy; and for college credit high school courses in philosophy.

In 2012, he was recognized by The Princeton Review as one of the "Top 300 Professors" in the United States, and, in 2014, was selected by Questia (a division of Cengage Learning) as one of their "Most Valuable Professors," awarded to three professors in the country who "have made lasting impressions the education and lives of their students."

His work focuses on topics in the history of moral and political philosophy; contemporary issues in criminal justice reform, including the ethics of punishment; the connection between human well-being and entrepreneurship; and the importance of open inquiry and free exchange to the proper functioning of a free society, both in academic institutions and the community as a whole. He has authored a number of books on the philosophy of Immanual Kant and has a forthcoming book called "Justice, Inc.: How Financial Incentives Corrupted and Can Fix the US Criminal Justice System," which argues that meaningful criminal justice reform requires recognizing the existing profit incentives connected to many aspects of our current approach to justice and punishment, and then modifying these incentives to better serve the interests of justice.

His recent articles have appeared in the journal Ethical Theory and Moral Practice, Educational Philosophy and Theory, Topoi, and edited volumes.

Surprenant received his B.A. from Colby College and his Ph.D. from Boston University.