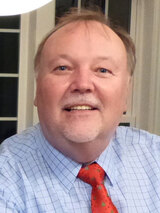 Jürgen Skoppek is a Commissioner of the Michigan Supreme Court, where he provides legal analyses for the Justices. Skoppek has also served the Michigan Senate as counsel for labor, commerce and constitutional issues. After performing the duties of Majority Counsel in the Senate, Skoppek was appointed by former Michigan Gov. John Engler to the Worker's Compensation Appellate Commission, the appeals tribunal in Michigan. And after serving as a judge for eleven years, including as chair of the WCAC from 1999 to 2002, he joined the Commissioner's Office at the Court. Skoppek also spent time in private legal practice at the Grand Rapids law firm Miller Johnson.

Skoppek has published a number of law review and journal articles on such topics as appellate advocacy, mental disability claims, product liability reform and taxation of leasehold interests.  The Mackinac Center published his articles on employment-at-will and on litigation and the market.  He authored the Michigan Senate's reports on affordable health care, no-fault auto insurance reform, drug testing in the workplace and civil justice reform  He authored more than 1,000 published opinions as a member of the Worker's Compensation Appellate Commission.

Skoppek is a graduate of Calvin College and has his law degree from Harvard University.  He has proudly been associated with the Mackinac Center since its inception.

Employment-at-Will in Michigan: A Case for Retaining the Doctrine

Litigation and the Market: Restoring the Balance Between Individual and Employer Rights