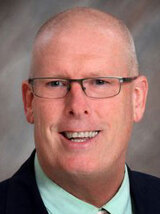 A historian of economic thought, his work is concerned with the constitutional political economy of a free society and the enhancement of the bourgeois virtues that support it. He is currently writing a biography of the Chicago economist Frank H. Knight, co-authoring a book on T. Robert Malthus’ contributions to constitutional political economy, and planning a book on the history of the relation of economics and Christian theology since the 1830s.

By Ross B. Emmett