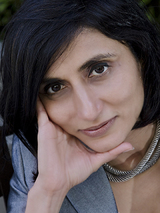 Shikha Dalmia is a visiting fellow with the Mercatus Center’s Program on Pluralism and Civil Exchange. Previously, she was a senior analyst at Reason Foundation.

Dalmia was a columnist at The Week, and wrote regularly for Reason magazine. She also writes frequently for The Wall Street Journal and numerous other publications such as the Times of London, Time, USA Today, Bloomberg View and The Daily Beast. She previously served as a columnist for Forbes and the Washington Examiner.

Dalmia was co-winner of the first 2009 Bastiat Prize for online journalism for her columns in Forbes and Reason.

From 1996 to 2004, Dalmia was as an award-winning editorial writer at the Detroit News, covering a variety of policy issues, including the environment, immigration, Social Security, welfare reform, health care and foreign policy. She also worked as a reporter for the Patriot, a national daily newspaper based in New Delhi, India, where she grew up and earned her B.S. degree in chemistry and biology from the University of Delhi.

She lives in metro Detroit.

What Detroit Can Learn From Bangalore: Remove Destructive Taxes