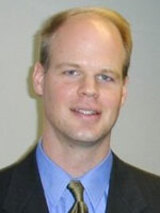 Glenn A. Moots is professor and chair of political science and philosophy at Northwood University in Midland, Mich. He has been published in Perspectives on Political Science, Humanitas, Locke Studies, The Journal of Politics, Hebraic Political Studies, Eighteenth Century Studies, Anglican and Episcopal History, Journal of Markets & Morality, The University Bookman, Choice, Journal of Religious History, American Historical Review, Anamnesisjournal.com and in edited collections. He is author of Politics Reformed: The Anglo-American Legacy of Covenant Theology (University of Missouri Press 2010) and currently working on a broad history of the intersection of religion and politics from Augustine to America. In the academic year 2013-14, he served as a William E. Simon Fellow in Religion and Public Life in the James Madison Program in American Ideals and Institutions in the Department of Politics at Princeton University. He has also held fellowships from the Earhart Foundation, the Huntington Library, the Jack Miller Center for Teaching America’s for Teaching America’s Founding Principles and History, the Acton Institute, and the Intercollegiate Studies Institute.

By Dr. Glenn A. Moots

Michigan Consumers Will Lose if the Legislature Fixes Gas Prices