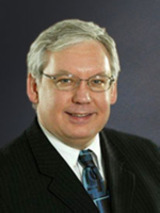 Theodore Bolema is the founding director of the Institute for the Study of Economic Growth at Wichita State University and member of the Department of Economics at Wichita State University. Previously, he was a senior fellow with The Free State Foundation, policy research editor at the Mercatus Center at George Mason University, principal with the economics consulting firm Anderson Economic Group and a professor of finance and business law at Central Michigan University.

A native of Michigan, Bolema received his Ph.D. in economics from Michigan State University and his J.D. from the University of Michigan Law School. He graduated from Hope College in Holland, Mich., with a B.A. in math and economics.

He has been cited on regulatory law and economics topics in numerous publications including The Washington Post, Chicago Tribune, The Detroit News, Politico and the Los Angeles Business Journal.

The Price of Leadership