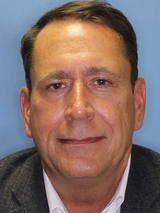 John Grether is professor of practice at Kettering University School of Management. Prior to that he was the academic dean at Northwood University and an adjunct professor at the Richard M. DeVos Graduate School of Management in Midland, Mich. Prior to his academic appointments, John served Northwood as an assistant professor of economics, academic counselor and adjunct professor. Prior to joining Northwood University, he was involved in the management and/or ownership of several small businesses in Phoenix, Arizona and Midland. John has also conducted corporate training seminars in marketing and marketing research.

Grether holds a BBA degree in Economics and Management from Northwood University and a MA degree Economics from Central Michigan University. As a graduate student, John held one of thirteen prestigious Graduate Research Fellowships awarded annually. In addition, his master's thesis on the economics of public consensus was presented at the 1995 Winter Proceedings of the Economic Science Association. Since then his academic interests have focused on the mechanisms and outcomes of human liberty, which led to his decision to pursue a law degree from Michigan State University - Detroit College of Law.