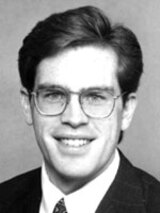 James M. Sheehan is an adjunct scholar with the Mackinac Center for Public Policy.

Sheehan specializes in international trade and environmental policies and has written extensively on NAFTA, GATT, and the U. N. Earth Summit. He has appeared on CNN (Moneyline and Inside Business), CNBC (Business Insiders), C-SPAN, and CBN News, and has been interviewed on ABC and CBS Radio networks. His writings have appeared in various publications, such as the Wall Street Journal, Journal of Commerce, Christian Science Monitor, Orange County Register, and Washington Times. His work has been translated for publication in newspapers in Mexico, Argentina, Panama, and several other Latin American countries.

Sheehan holds a B.A. in international politics from the Catholic University of America in Washington, D.C.

Keep Politics Out of Mutual Funds

Enron Failure Is No Excuse to Enlarge Government

Lessons from the Mexico Crisis

The Looming Threat to NAFTA