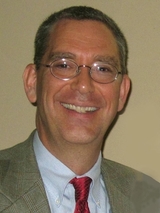 Dr. Bradley J. Birzer received his B.A. from the University of Notre Dame in 1990 and his Ph.D. in American History from Indiana University in January 1999. Currently Amos Kirk Chair in history and director of American studies at Hillsdale College, Michigan, Birzer specializes in the history of the Jacksonian period, the American Civil War, the American West, and the American Indians. He is a senior fellow with the Center for the American Idea (Texas). He has recently edited a collection of James Fenimore Cooper's works of political and social criticism, and is co-author of a forthcoming encyclopedia of the American West.

"'An appearance of lively industry about the place': Choctaw Economic Success in Indian Territory, 1831-1861," Continuity: A Journal of History 24 (Autumn 2000).

Should students be required to complete 40 hours of community service to qualify for the Michigan Merit Award? No