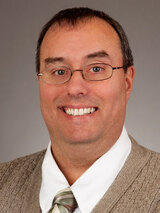 Dr. Boettke is Deputy Director of the James M. Buchanan Center for Political Economy and Associate Professor of Economics at George Mason University. Prior to joining the faculty at George Mason University, Boettke was an Associate Professor of Economics and Finance at Manhattan College (1997-98), Senior Research Fellow, Austrian Economics Program at New York University (1997-98), Assistant Professor at New York University (1990-97) and an Assistant Professor of Economics at Oakland University (1988-90). In addition, he was a National Fellow at the Hoover Institution on War, Revolution and Peace at Stanford University during the 1992-1993 academic year, and Visiting Scholar at the Hoover Institution in July 1995. He has been a visiting professor at the Georgetown University/Charles University Institute on Political and Economic Systems in Prague, and Central European University in Prague, and a visiting scholar at the Max Planck Institute for Research into Economic Systems in Jena, Germany (January 1998), and the Institut for International Economic and Political Studies of the Russian Academy of Sciences in Moscow (January 1993). In addition to his scholarly accomplishments, Boettke is a dedicated teacher and was the recipient of the 1995 Golden Dozen Award In Recognition of Excellence in Teaching by the College of Arts and Sciences at New York University.

Boettke has lectured throughout the US and Europe to professional and general audiences, and has been interviewed in both the print and electronic media concerning his views on economic science and issues of public policy. Boettke received his PhD in economics from George Mason University and his BA in economics from Grove City College.

Beginning with Vol. 11 (1999), Boettke assumed the Editorship of The Review of Austrian Economics, which is published by Kluwer. He is the author of The Political Economy of Soviet Socialism (1990), Why Perestroika Failed (1993) and Calculation and Coordination (2001). He is the editor of The Collapse of Development Planning (1994), The Elgar Companion to Austrian Economics (1994), The Legacy of F. A. Hayek: Politics, Philosophy and Economics, 3 volumes (2000), and Socialism and the Market: The Socialist Calculation Revisited, 9 volumes (2000). He is the co-editor (with David Prychitko) of The Market Process: Essays in Contemporary Austrian Economics (1994),and Market Process Theories, 2 volumes (1998). Boettke is also the editor of a new book series with Edward Elgar Publishing entitled: "New Thinking in Political Economy", which was started in 1998 to encourage scholarly research in the intersection of the disciplines of politics, philosophy and economics. Boettke has published widely in professional journals and in popular magazines and newspapers on issues of economic theory and public policy.