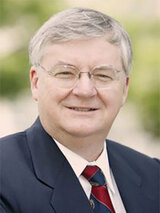 Harry C. Veryser Jr. is an instructor of economics at the University of Detroit-Mercy and was previously the chairman of the Department of Economics and Finance at Walsh College in Troy, Mich. In addition he is chairman of the Board of Directors of Stampings Inc., a light manufacturing concern in Fraser, Mich., and treasurer of Perch Research International, a perch farming concern located in Bay County, Michigan. He is also chairman of the Board of Directors of Vertec Manufacturing Corporation located in Harlingen, Texas.

Veryser has served on the faculties of Northwood University, St. Mary's College-Orchard Lake and Hillsdale College.

He received his undergraduate degree in Philosophy and Economics and two Master of Arts degrees in Economics and Religious Studies from the University of Detroit.

Veryser has served as Chairman of the American Council on Economics and Society; a senior member of the Society of Manufacturing Engineers, and a member of the Philadelphia Society.

In January of 1994, Veryser was appointed to the Judicial Tenure Commission of the State of Michigan by Gov. John Engler.

Veryser also serves on the advisory boards of De La Salle Collegiate High School in Warren, Mich., St. Thomas More Academy in Burton, Mich., and the Acton Institute for the Study of Religion and Liberty in Grand Rapids, Mich.

His articles have appeared in The Detroit News and The Intercollegiate Review, and he is the author of "Our Economic Crisis: Sources and Solutions."