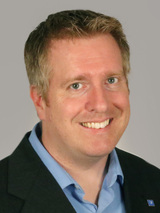 Martin Lueken is director of EdChoice’s Fiscal Research and Education Center, where he focuses on research and analysis of issues that pertain to school choice bills, current programs and school funding. His work includes providing expert support and advice for policymakers in helping understand the fiscal impact of current school choice programs and potential fiscal effects of programs introduced in state legislatures. He also conducts data analysis and research on school choice.

His research work and interests include education finance in general and teacher pensions. He has provided expert testimony and advice about fiscal issues for numerous states that have introduced education choice legislation. His work has been mentioned in various media and education-specific outlets, including The New York Times, The Wall Street Journal, Education Next, Education Week, and The 74.

Marty previously studied in the Department of Education Reform and received his doctorate in Education Policy from the University of Arkansas. He also earned a master’s degree in Economics from the University of Missouri. He received his bachelor’s degree in Physical Education, with an emphasis in sports medicine, from Eastern Illinois University. After graduating, he moved to Yashio-Shi in Japan, where he taught English in public elementary and junior high schools for five years. That experience shifted his interests to education policy in the United States. Upon his return, he set out to pursue graduate work that would best equip him for effecting meaningful change in the education policy arena. His experiences in Japan ultimately led him to the education reform movement.

Marty is a native of St. Louis and currently lives in Indianapolis with his lovely wife and *sometimes* sassy daughter.