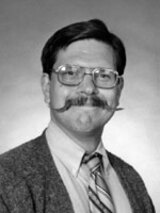 It was with great regret that we observed the passing of Dr. John Attarian, who died suddenly at the Borgess Medical Center on December 31, 2004.

Attarian received his Ph.D. in economics from the University of Michigan in 1984 and had been a professional writer since 1990. His writing topics included Social Security, general entitlements, the budget deficit, the culture war, the crisis in American education and America's national character. He published essays, articles and book reviews in Modern Age, Crisis, National Review, Reason, The Social Critic, The Freeman, Chronicles, The Human Life Review, Culture Wars, The University Bookman, The Wall Street Journal, The Detroit News, The Chicago Tribune, The Lincoln Review, The St. Croix Review, The World & I, Religion & Liberty, Academic Questions, Fidelit - V and other publications. He was an editorial advisor of Modern Age, an associate editor of The Social Critic and a contributing editor for Religion & Liberty.