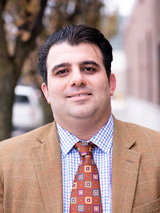 Don Orrico was the Florida-based director of strategic partnerships at the Mackinac Center for Public Policy from 2018 to 2020. Before joining the Mackinac Center’s advancement team, Orrico spent the previous three years working with The James Madison Institute in a major gifts role with a focus on south Florida.

Proudly born and raised in the Bronx, NY, Orrico is emblematic of “The Florida Story,” having left New York for Florida in 2011. His background includes having worked for his beloved New York Yankees and in hotel and real estate management in the New York metropolitan area prior to moving to Florida.

Since arriving in Florida Orrico has completed a legislative internship under Congressman Bill Posey on Capitol Hill and in the Florida 8th Congressional District.  In addition, he worked with the Republican Party of Florida assisting in the re-election of Governor Rick Scott.

In his spare time, Orrico serves on the Board of Directors of the Catholic Education Awareness Fund, Faith & Ale-Ft. Myers, as well as the Fundraising Advisory Council of the American SIDS Institute.

Orrico is a Third Degree member of the Knights of Columbus and a parishioner of Ave Maria Catholic Church in Ave Maria, FL.

He and his wife Mary were married in 2015 and the following year became proud parents to their daughter, Annabella Marie. They reside in Estero, FL.