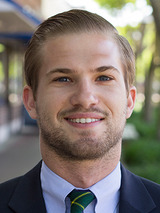 Derek Draplin is a reporter for Michigan Capitol Confidential. Prior to joining the Mackinac Center, he worked as an associate editor at The Daily Caller, where he still contributes.

Derek attended the University of Michigan, where he studied political science and served as editor-in-chief and publisher of the Michigan Review. Derek also contributed to The College Fix and has reported for The Detroit News as a Student Free Press Association fellow. His work has been featured on Fox News, the Drudge Report, National Review, Reason and other publications.

Derek was raised in Plymouth, Michigan and resides in Irish Hills.

Media, Left Blame Deficit On People Keeping More Of What They Earn

Who Pays If 17-Year-Old Offenders No Longer Jailed With Adults?

Got A License For That Dog? Under This Bill Wouldn't Need One