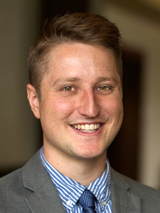 Jonathan VanDerhoof is the former creative projects manager at the Mackinac Center for Public Policy.

VanDerhoof’s first introduction to the field was as an intern at the Mackinac Center from 2009 to 2011. From there, he completed his associates degree and went on to work at The Dow Chemical Co. He returned to the Mackinac Center as Graphic Designer in Spring 2014.

VanDerhoof completed his Bachelor of Arts in Graphic Design from Saginaw Valley State University in December 2015 and currently resides in Midland, Mich.

He won second place at the 2014 State Policy Network annual meeting in the "Audience Engagement Award" for his design of a booth promoting VoteSpotter, and a Michigan Education Association official referred to his graphic work on the Center's August opt out informational campaign as "Madison Avenue quality."