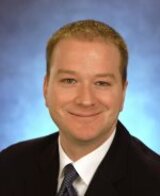 He has an honors bachelor’s degree of commerce and a masters’ degree in business administration from the University of Windsor, as well as a post baccalaureate degree in economics from Simon Fraser University. He has published over 60 major studies on a wide range of topics, including taxation, government spending, labor market regulation, banking, welfare reform, health care, productivity and entrepreneurship. He has published over 250 shorter articles, which have appeared in such newspapers as The Wall Street Journal, Investors Business Daily, The Washington Post, Toronto Globe and Mail, National Post and a host of American, Canadian, and international newspapers. Clemens has also been a guest on numerous radio and television programs across Canada and the United States. He has appeared before committees of both the House of Commons and the Senate in Canada as an expert witness and briefed state legislators in California.

In 2006, he received the coveted Canada’s Top 40 Under 40 award presented by Caldwell Partners as well as an Odyssey Award from the University of Windsor. In 2011, he was awarded (along with his co-authors) the prestigious Sir Antony Fisher International Memorial Award for the best-selling book, “The Canadian Century.”