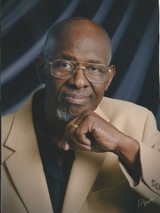 Dr. William B. Allen is Emeritus Dean of James Madison College and Emeritus Professor of Political Science at Michigan State University and has been a member of the Mackinac Center Board of Scholars since 1995. Currently, he is a Veritas Fund Senior Professor in the Matthew J. Ryan Center for the Study of Free Institutions and the Public Good at Villanova University and also a Visiting Professor in History and American Government at the Ashbrook Center at Ashland University. Previously, he taught at Harvey Mudd College in Claremont, California. He earned his Ph.D. in Government from the Claremont Graduate University.

Allen is a former member and chairman of the U.S. Commission on Civil Rights and has been a Kellogg National Fellow, Fulbright Fellow and a member of the National Council on the Humanities. He has published several books, including George Washington: America’s First Progressive and Rethinking Uncle Tom: The Political Philosophy of H. B. Stowe. He also edited such collections as George Washington: A Collection and The Essential Antifederalist and has published numerous scholarly articles on political philosophy and American political thought.