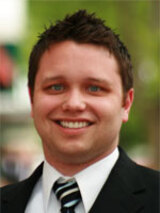 Christopher A. Deming is associate alumni director for Northwood University in Michigan, and is a former director of campus leadership for Students for a Free Economy, a nonpartisan college student group sponsored by the Mackinac Center. He worked for SFE from June 2009 to June 2011.

Deming has also studied international marketing and management at the University of Applied Sciences in Wolfsburg, Germany. In 2007 and 2009, he served as an intern at the North American International Auto Show in Detroit. He is an avid cyclist and soccer player.

By Christopher A. Deming

America: The Story of Whom?