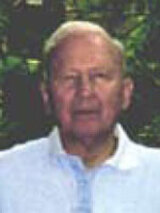 Henry Fleischer, P.E., CMf.g.E, retired as vice president of Numatics Inc. in Highland, Mich., in 2001 and continues to consult for the company. Fleisher has authored texts on fluid dynamics as well as numerous articles for technical journals. He was named Michigan’s Outstanding Engineer in Industry by the Michigan Society of Professional Engineers in 1985 and received the group’s Clovis Key Award the following year. He served in the U.S. Army Corps of Engineers during World War II.