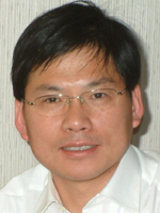 Junning Liu is founder of the Cathay Institute for Public Affairs . Liu earned his Ph.D. in political science at Beijing University and is the author and editor of several works, including "Republic, Democracy, and Constitutionalism: Studies of Liberal Thought," and "Peking University and the Liberal Tradition in Modern China." Liu lives now in Beijing.

Property and Law: The Best Hope for China