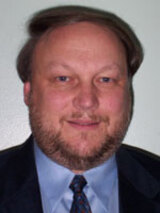 Dr. Wolfgang Grassl, now at St. Norbert's College, Green Bay, Wisconsin, was formerly the Evert McCabe/UPS Chair in Economics, Business and Accounting and Assistant Professor of Marketing at Hillsdale College. Grassl studied economics, philosophy, and international business at universities in Austria and at Oxford University, and spent 13 years in executive functions in business, which included building up his own management consulting firm in Vienna. A part-time lecturer in marketing and economics since 1986 and a full-time professor since 1996, he taught at universities and business schools in Austria, Germany, the UK, Italy, Thailand, Jamaica, and the United States. He specializes in the analysis of brands, models of advertising, and in foundational issues of economics and management science.

"Knowing that One Knows and the Causal Theory of Knowledge". International Studies in Philosophy 12 (1980), 43-59.

"Friedrich Waismann on the Foundations of Mathematics". In: Waismann, F.: Lectures on the Philosophy of Mathematics. Ed. and with an introduction by W. Grassl. Amsterdam / Atlanta: Rodopi 1981, 3-25.

Government Broadband Plan Was Tried and Failed in Hillsdale