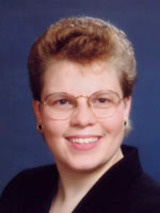 Christina K. Smith was Director of Major Gifts and Vice President for Advancement at the Mackinac Center for Public Policy from 1999-2001.