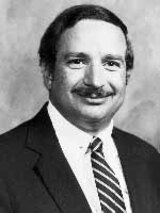 Dr. Brian G. Long, C.P.M., a business analyst and economist, is President of the Marketing and Management Institute, a Kalamazoo, Michigan based business research, seminar, and consulting firm. From 1975 to 1985, he served as Associate Professor of Marketing at Western Michigan University where he taught industrial marketing and industrial purchasing, and marketing strategy.

Long received his Ph.D. from Michigan State University in 1975, where he majored in marketing and minored in economics, labor relations, management, and physical distribution. Since then, he has been active doing research in the areas of business cycles, industrial marketing, industrial purchasing, and negotiation. He is also co-author of The Win-Win Negotiator, a One Minute Manager style book.

In recent years, Long has received a great deal of notoriety for his surveys of business conditions. Every month, he surveys 145 firms in the Western Michigan area to determine the health and direction of the Michigan economy. This survey is reported to all the major news services and government agencies, and is occasionally quoted in periodicals such as Fortune magazine as well as the Federal Reserve Board's Beige Book. He is frequently seen and heard on local television and news spots.

Prior to returning to academia in 1971, Long had a variety of work experiences including such jobs as selling cars, working as a General Motors accountant, and coordinating a computerized logistics system for the Polaris Missile Program while serving in the U.S. Navy.