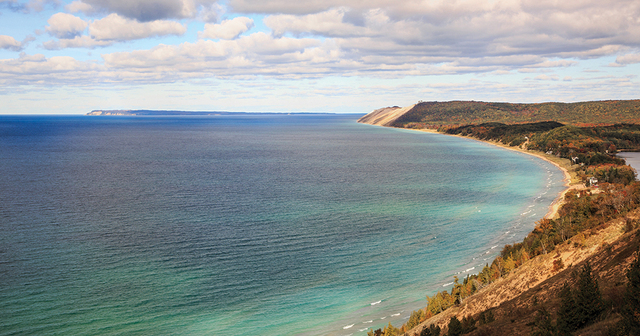 The Double Standard in Environmental Protection

There appears to be a double standard when it comes to the enforcement of environmental law. When a private individual or business harms the environment, regulators rush to identify perpetrators, begin enforcement proceedings, and fine or jail those responsible. Policymakers and the media often seize the opportunity to call for tighter government controls. But when the government itself damages the environment, regulators, politicians, the media and the public show much less interest in holding anyone accountable. They tend to just shrug their shoulders and move on.

If we want to maintain and protect the amazingly beautiful and fruitful Michigan environment, we must enforce environmental standards equally for private individuals, businesses and government alike.

But government regularly harms Michigan’s natural environment and what follows are several examples of these incidences — just from the past few months. In each case, the government agencies or employees responsible for the damage faced little to no consequence for their actions. Our reluctance to address government-caused environmental impacts must end.

On Sept. 30, 2016, a tunnel on the northbound M-10 Lodge Freeway in Detroit was closed, as it was flooded with a mixture of rainwater and sewage. The Free Press headline described the road being “flooded with poop water.” Other than general complaints from motorists, no one seemed all that concerned that the city’s sewage system failed and spewed toxic waste into the environment.

On Sept. 19, 2016, Ann Arbor officials reported that 600,000 gallons of sewage spilled into the Huron River. This incident followed two other similar sewage overflows in the area — one in May that resulted in 36,000 gallons of sewage pouring into Huron River and another in April, where approximately 400,000 gallons of raw sewage flowed into Malletts Creek. A city administrator promised not to let this happen again, but no ramifications stemming from these spills were mentioned in media reports.

On Aug. 16, 2016, the Kalamazoo Department of Public Services allowed 572,222 gallons of partially treated sewage to flow into the Kalamazoo River. City officials advised residents to avoid any contact with the river for two days, but did not express interest in holding anyone accountable for this failure.

In each of these cases, a government failure caused a significant impact to Michigan’s environment and water resources. In each case, government officials escaped any serious accountability.

Contrast these examples with what happened when an Enbridge Energy oil pipeline ruptured in 2010. The U.S. Environmental Protection Agency and the U.S. Department of Justice launched a multiyear investigation and eventually — and appropriately — imposed a $177 million fine on the company.

But in the case of government-caused environmental damage, you need to search far and wide for examples of vigorous enforcement of environmental laws. Part of the problem is that when the government is at fault, we need to rely on that same government to hold itself accountable. It’s much like when you watch a police officer speeding on the highway. You see the infraction and you can complain to whomever will listen, but who really can hold that officer accountable for violating the speed limit? In the same vein, who will hold governments accountable for their environmental failures?

Unfortunately, a lot people view government failures as inevitable, naturally occurring events. They accept that there is no realistic method of ensuring government officials are held responsible for the environmental damages they cause. To them, it must be reassuring enough that the government they’re paying for is supposedly trying its best.

That type of attitude does a disservice to the public and our environment. If we want to maintain and protect the amazingly beautiful and fruitful Michigan environment, we must enforce environmental standards equally for private individuals, businesses and government alike.