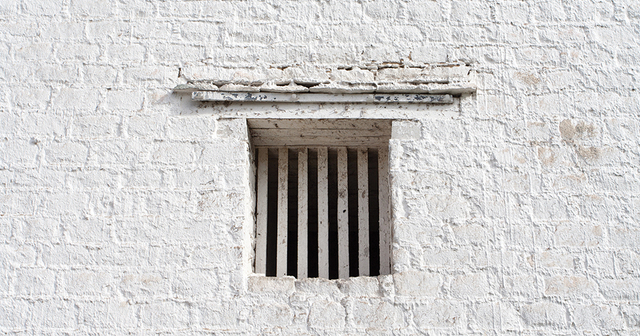 A new court rule recently went into effect that forbids Michigan judges from putting criminal defendants in jail for failing to pay their fines and court costs due to financial hardship. Court rules are legislative or judicial mandates that dictate how a judge must handle certain matters.

The change follows a push by the ACLU of Michigan to end the practice commonly known as “pay or stay.” The group alleged that some state judges had been flouting a 1983 Supreme Court ruling that prohibits jailing the poor if they can’t afford court costs. They called debtors’ prisons a “persistent problem in Michigan.”

Now, Michigan judges must assess a defendant’s financial situation, including employment status, available cash, costs of living and other expenses to determine whether he or she will experience “manifest hardship” in paying court-ordered fines and costs. If so, the judge can arrange a payment plan or waive the costs altogether.

This is especially important to juvenile defendants and their families. A study published in August of this year by the Juvenile Law Center counts at least seven different categories of costs incurred by youth in Michigan’s juvenile justice system.

These expenses pose significant problems for youth and their families, according to Reason Foundation Criminal Justice Director Lauren Krisai. “The way the system is set up in Michigan creates a pretty significant chain reaction for individuals who are unable to pay a fine or fee,” she said. “Punishment for a missed or late payment can range from a suspended driver’s license to extended terms of probation or re-incarceration, which makes little sense for either public safety or recidivism reduction.”

Attorney and court fees are already very costly — and, in Michigan, those are only two of seven potential expenses facing young defendants and their families. While requiring judges to consider a family’s financial situation before assessing fines and fees will undoubtedly save some Michiganders from facing these consequences, it may make a lot more sense to remove certain costs entirely.

One expense that should be eliminated is the cost of reimbursing a court for juvenile diversion services. Diversion is an informal method of handling juvenile cases that allows a minor to avoid a criminal conviction by being diverted by a judge to private education, drug treatment or a community service program. This alternative helps save taxpayers the cost of normal court proceedings.

If diverted, the judge, juvenile offender and his or her guardians will develop a plan to resolve the offense. The plan is unique to the minor and may include participation in community service or treatment programs and require restitution to victims. When the minor completes the plan, the court will close the case and remove the minor’s violation from the record.

A 2016 law expanded the use of this practice to make it available to every minor (although prosecutors have veto power for cases of serious crimes). Gov. Rick Snyder told the Associated Press that he hopes it will “lead to better long-term rehabilitation outcomes for our young people.”

He probably won’t be disappointed. Research suggests that appropriately diverting a juvenile out of the court system is more effective at reducing their likelihood of re-offending than criminal prosecution. Using individually designed and community-based programs to reform troubled youth achieves better outcomes. And the social and economic consequences of an early criminal conviction for too many youths results in a lifetime of being in and out of the criminal justice system.

That would be a tragic outcome for a person who might have flourished if their development had been corrected with effective diversion policies. And society also suffers when delinquent minors fall through the cracks. Crime is very expensive, and so is juvenile court. Michigan State University’s 18-week Adolescent Diversion Project costs just $1,000 per youth served, while a local juvenile court might spend 13 times that amount — and achieve worse outcomes. And, if a minor re-offends as an adult, Michiganders are looking at another $43,000 per year to incarcerate them.

The diversion process offers social and fiscal benefits to minors and their families and Michigan as a whole. Now that it is available in every juvenile court, counties should go beyond asking whether a family can afford to pay it, and simply remove the financial barrier entirely. Funds saved from eliminating future court proceedings and juvenile detention can then be reallocated so that all families can get access to still more effective, individualized intervention.